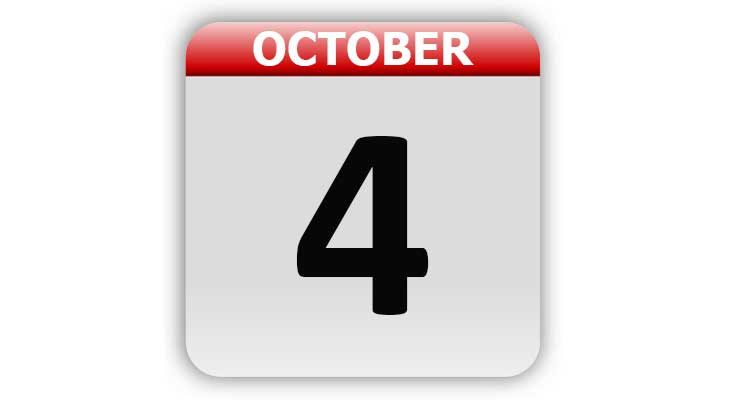 1881 – Edward Leveaux received a patent for his player piano.

1915 – The Dinosaur National Monument was established. The area covered part of Utah and Colorado.

1931 – The Chester Gould comic strip “Dick Tracy” made its debut in the Detroit Daily Mirror.

1933 – “Esquire” magazine was published for the first time.

1957 – The television show “Leave it to Beaver”, starring Jerry Mathers, debuted on CBS.

1957 – The Soviet Union launched Sputnik I into orbit around the Earth. It was the first manmade satellite to enter space. The satellite fell out of orbit on January 4, 1958.

1976 – Barbara Walters joined Harry Reasoner at the anchor desk of the TV’s “ABC Evening News” for the first time.

1986 – CBS news anchor Dan Rather was attacked by two men yelling “What’s the frequency, Kenneth?”. The band REM used the phrase for a song title a decade later.

1997 – Hundreds of thousands of men attended a Promise Keepers rally on the Mall in Washington, DC.

1997 – The second largest cash robbery in the U.S. history occurred at the Charlotte, NC office of Loomis, Fargo and Company. An FBI investigation eventually resulted in 24 convictions and the recovery of approximately 95% of the $17.3 million in stolen cash.

2001 – Barry Bonds of the San Francisco Giants hit his 70th home run of the season to tie Mark McGwire’s record and moved past Reggie Jackson on the all-time list.

2001 – Reagan National Airport in Washington, DC reopened for the first time since the September 11th attacks.

2004 – SpaceShipOne, the privately funded manned spacecraft, flew above the Earth’s atmosphere for the second time in a week, winning the $10 million Ansari X Prize.

2006 – Wikileaks was launched by Julian Assange.

2013 – The movie “Gravity” premiered in theaters. The film starred Sandra Bullock and George Clooney. It would win seven Academy Awards.

2021 – Facebook-owned platforms suffered a massive outage. Facebook, Instagram, WhatsApp, Messenger, and Oculus VR  disappeared from the internet around 11:40 am ET and stayed that way until about 6 pm ET, when the apps started to work again. The outage was caused during a routine update to the company’s Border Gateway Protocol records.

Ship in a Bottle Day

Tags: A Look Back, Celebrity Birthdays, Days of the Year, October 4, Today in History