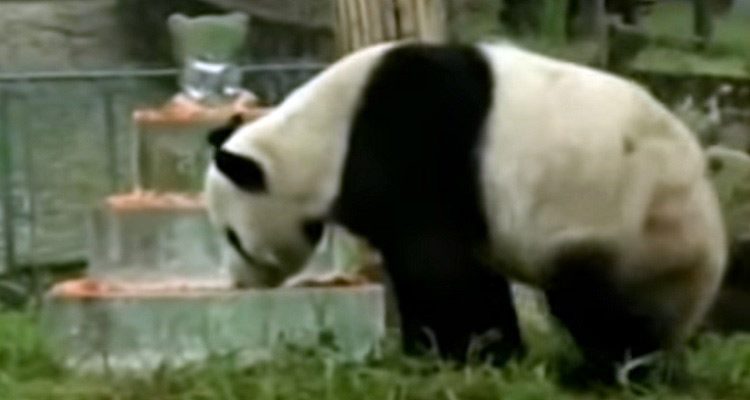 Pan Pan, the world’s oldest male panda, passed away in China on Wednesday, December 28th, 2016, at the age of 31. Six months ago, he had been diagnosed with cancer. If it weren’t for Pan Pan’s efforts, many of us probably would have never been able to see a live panda bear. The so-called “panda grandpa” has more than 130 descendants.

Pandas are difficult to breed, but Pan Pan was known for his virility. Pan Pan first became a father in 1991. A few of his descendants lived at zoos here in the United States: The San Diego Zoo and The Smithsonian National Zoo.

Pan Pan, who’s name means “hope” or “expectation”, was born in the wild in Sichuan in China. He was taken into captivity when he was just a few months old. In the wild pandas usually live to about 20. At the age of 31, Pan Pan was the equivalent to about 100 human years. He had been living with cancer and his health had deteriorated in the past three days according to his keeper at the China Conservation and Research Center for the Giant Panda.

In September, the International Union for Conservation of Nature announced that the status for pandas had been changed from “endangered” to “vulnerable”, as numbers had begun to increase. The latest Chinese estimates show a population of 1,864 adults, as well as 422 in captivity.

To read more about Pan Pan, here is his Wikipedia page.