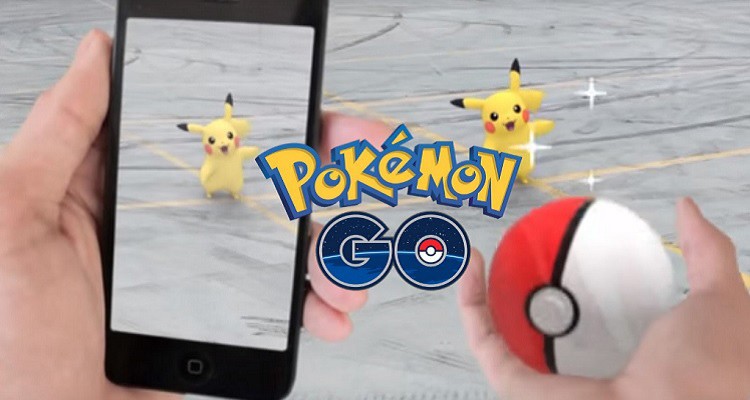 Are You Playing Pokémon Go?

It wasn’t until just the other day that I started hearing people talking about the new game for our smartphones called “Pokémon Go!”.

The Pokémon franchise was first created in 1995. I was in my early 30’s and had little (or no) interest in this craze. I remember it. I had friends who had children who were really into collecting the cards, watching the TV shows and movies, and playing with the toys. Me…I was too old and because I had no children…I was just uninterested in the whole phenomenon.

Apparently the games are centered on fictional creatures called “Pokémon”. Humans are known as “Pokémon Trainers”. It is the job of the Trainer to catch and train the creatures to battle each other for sport.

How did this all begin? It started as a couple of video games for the original Game Boy (did you have one?), developed by Game Freak and published by Nintendo. Pokémon is the second-most successful and lucrative video game-based media franchise in the world, behind only Nintendo’s Mario franchise.

Let’s jump ahead to 2016. A company called Niantic has come up with a Pokémon Go! Game for our smartphones. The game kind of reminds me of geo-caching as you have to go out in search of these little creatures around town and capture them.

So, the other night I decided to download the app and give it a shot. To access the game I had to sign in using my Google gmail account. Yesterday a big article came out about the level of access you end up giving the game when you sign up. Apparently the game could have had access to your gmail, google drive, documents and anything else attached to that account. (Is that a good idea?) Today it was announced that the game has issued an update to it’s access, and it is now safe again to use the game.

However now there are stories about how thieves are honing in on Pokémon Go players. How players are not being careful when playing. Drivers are distracted even more if they are accessing their game in the car, etc.

I did download the game and try it out at home. (I found it loaded very slow when I tried to start it on my iPhone.) It was pretty cool how the little creature showed up on my phone, in my family room, and how I had to bounce a ball at it to capture it. I’m not sure how much I will play beyond that original trial period, but at least I gave it a shot.

There are several places you can go to find Poke Stops and Gyms in the Grand Rapids area. There is a list on the WFGR website.

But I have to admit, the best article I have found on the web is the one that suggests “Pokémon Go Is a Government Surveillance Psyop Conspiracy”. Could the government be behind this game? The article suggests that the game was dreamed up as a way for “Big Brother” to get inside our house, with pictures of what is within the walls of our homes. By playing the Pokémon Go game you “very well may be creating a cache of high-res, data-rich images to get siphoned directly into the CIA’s greedy little pockets.”

And then I had to laugh at the video put together by the folks at CNet. Here’s what you look like playing Pokémon Go:

So how popular is the Pokémon Go app? According to new stats, it is already more popular than Tinder. And it’s about to pass Twitter in the number of daily users. Pokémon Go has already surpassed Instagram, Whatsapp, Snapchat, and Messenger in terms of daily usage time. As of July 8th, the average amount of time people spent on the app every day was 43 minutes, 23 seconds. Wow!

OK, I’m off to try this thing. I’m not too worried about the government getting pictures of the inside of my home. If they want them bad enough, just check out my Facebook page, or call and ask…I’ll end you some. My house isn’t that exciting.

See you at Pokestop soon! And I’m not quite sure what a “gym” is in the world of Pokémon, but if it means the same thing as a “gym” in my world…I probably WON’T see you there.

And another thing… Having to type that silly “e” every time I type the word “Pokémon” was just a tad big annoying!