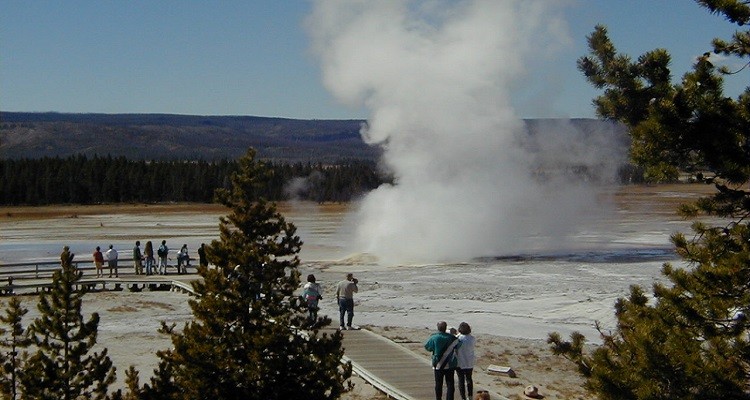 Please don’t ruin one of my favorite places

If I had to pick my favorite vacation spot — out of all the places I have visited — at the top of the list would be Yellowstone National Park in the northwest part of the state of Wyoming. I have been there at least a half dozen times, and every time I go, I find new places to explore, and come back with an even bigger appreciation for such a special place.

It’s one of the locations where you will see things you won’t see just anywhere. As you drive around the figure eight system of roadways,  you will go from very mountainous beauty, to almost desert-like conditions, to geysers, to waterfalls, to petrified trees. The wildlife can range from the numerous bison, to bear, elk, moose, birds and more.

Yellowstone is unique because it gives you an opportunity to get “up close” to a lot of different features of the park. Of course there is the usual Old Faithful geyser and other parts of the park that have become almost (in my opinion) tourist traps, but if one wants to venture a little off the main path and take some of the side roads and trails,  you will see parts of the park that many have never seen.

This week there was a senseless death of a 23 year old who decided to venture of the pathways into areas he didn’t belong. He ended up falling into a geyser and died. From reports I’ve read, he and his sister had ventured 225 YARDS off the boardwalk to get a closer look at the thermal features. Once again, the rules to stay on the boardwalk must have been for OTHER people. It certainly couldn’t mean he and his sister needed to follow the rules and regulations.

The area where this young man died contains very hot, sometimes boiling water, in geysers and hot springs. The ground is sometimes just a thin, crusty layer over the top of very hot water. The water is also very acidic. Rangers called off the search for the man’s body because rangers determined there were no remains left in the hot spring. (At least 22 people have died from similar circumstances in or near Yellowstone since 1890.)

If you’d like to read more about this incident, here is a link from WOODTV.COM.

A few weeks ago we had a story about visitors to Yellowstone National Park who thought they would help out a baby bison — so they loaded the animal in the back of their SUV and drove it to a ranger station. Rangers tried to release the animal back where it belonged, but the animal was rejected by its mother and had started to approach other visitors…a condition not safe for the animal, so it was euthanized. If the tourist had just left well enough alone, the baby bison would still be wondering the land of the National park. (I have a blog post on that very story here.)

Here is my fear…if incidents like these continue to happen, parts of the park will be so limited to visitors, we will never be able to see some of these wonders of nature. Sure, sometimes it would be nice to get a much closer view, but the safety of the millions of visitors to the park have been taken in consideration in determining where boardwalks and marked trails have been placed.

I don’t want my opporunity to see Old Faithful erupt every 90 minutes or so taken away from me. I don’t want to have to be restricted to just watching it on a webcam. (Here is the Old Faithful live streaming webcam). I don’t want to only be able to see animals in a zoo instead of living in their natural habitat. Please, follow the rules and regulations at places like this. They have been put in place for not only your safety, but for the safety of the animals, and condition of the environment. Please don’t take my favorite vacation spot away from me. I don’t want my only memories to be pictures I have taken in the past. I’m begging you!