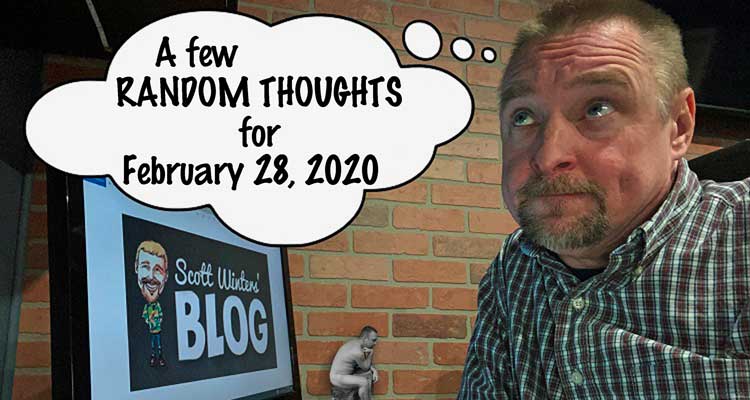 We made it to Friday! It’s the last Friday of the month of February. March — here we come. Here are today’s “Random Thoughts”…

On Tuesday, the Centers for Disease Control and Prevention (CDC) said that Americans should prepare for disruptions to their daily lives, including school closings, office disruptions (working from home), delayed elective medical procedures, and more.

There are now over 80,000 cases of the virus in 34 countries and at least 2,700 deaths, according to the World Health Organization.

First, could there be a Diet Coke shortage? The artificial sweeteners in the soda come from China. Don’t panic just yet though. Coca-Cola said they don’t foresee a short-term impact, but they’re preparing for the possibility of tightening supplies in the long-term. In other words, if you really like your Diet Coke, you might want to start stockpiling some.

Meanwhile, Sales of Corona beer continue to lag because of the coronavirus. Corona’s parent company AB InBev reported that the virus had contributed to the worst quarter it’s had in over a decade. Surveys have found that people are still confused about whether or not there’s a connection between the beer and the virus.

I saw one post that said 38% of Americans won’t buy a Corona beer because they’re afraid they might catch the virus.

Are people really that stupid to think that Corona beer will spread the coronavirus?!

Every couple of months there seems to be yet another stupid social media challenge. Most of them seem to be very harmful and just plain wrong to do.

The latest dumb social media challenge is drinking water with blue food coloring — to turn your pee blue. One person drank blue food coloring for 10 days straight — to see if would turn his urine blue. Well, after 11 days, he reported that not only did it turn his pee (and poop) blue, it also turned his skin, teeth and hair blue. No surprise: The food color challenge is not recommended

Who wants to turn themselves into a Smurf? 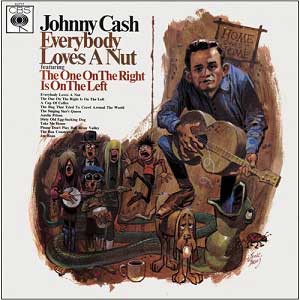 I was always a fan of Johnny Cash.

One of the very first songs I remember hearing from him was a song called “I’m Being Swallowed”. It’s a song about just that…being swallowed by a boa constrictor. For years I have told people about this song. It was on Johnny’s album called “Everybody Loves a Nut” (the whole world loves a weirdo!). The album cover even had a drawing of Johnny with a snake swallowing him. That album was really the first introduction I had to Johnny Cash and his music.

For years I have told people about this song and most people don’t believe me that it exists. Well here is a video of Johnny performing that short song.

One of Johnny’s most recognizable songs was “Folsom Prison Blues”.

Now someone has posted a video of Johnny Cash’s oldest grandchild, Thomas Gabriel.

When Thomas was 21, Johnny discovered that Thomas’s voice sounded very much like his when he had been younger. He encouraged Thomas to take advantage of it, telling him: “Son, you sound a lot like I did when I was younger; work on those vocals.” Young Thomas took his grandfather’s advice and worked hard on his vocals, and it paid off.

He sounds just like a young Johnny Cash… Give it a listen:

WE HAVE BECOME A NATION OF FAT PEOPLE

According to the CDC, 42.4% of Americans are obese.

That’s according to figures from 2018 and 2019. The number is about the same for men and women, though obesity is more prevalent among blacks. Obesity is defined as having a Body Mass Index of more than 30. For example, someone who’s five-foot-10 would hit obesity at 210 pounds.

9.2 percent of Americans are plagued by “severe obesity”, and that hits women harder than men. Severe obesity is defined as a BMI of more than 40. That five-foot-ten person would reach severe obesity at 280 pounds.

I think I”m having salad for lunch!

Have a great Friday! Remember the words of Rick Beckett: “Don’t Drink and Drive. Don’t Do It. Don’t Be an Idiot!” I’ll talk to you this afternoon from 3-7 pm, local and live, on 98.7 WFGR. I also have more passes to go tubing at Cannonsburg Ski Area that I will be giving away this afternoon. Tune in to win!