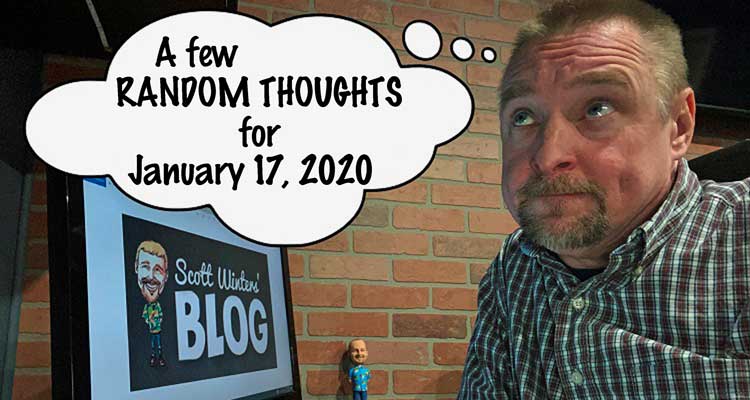 The weekend is almost here! Just in time for another storm. This time it looks like wet, heavy snow…

Last weekend’s storm wasn’t that bad. We did have some freezing rain and ice, but not as much as they said we could possible get.

It looks like another round of wintery weather this weekend. We could be getting what some are referring to as “heart attack” snow…because it will be wet and heavy snow that will be tough to shovel.

Here is there information on shoveling smart…

We do have a Winter Weather Advisory that will go into effect at midnight tonight and run through 7 pm on Saturday:

* WHAT…Snow expected. Total snow accumulations of 5 to 8
inches. Winds gusting as high as 40 mph. The snow may diminish
for awhile during the mid morning hours Saturday, but it will
redevelop as the cold air returns by afternoon with strong
west winds and falling temperatures.

* IMPACTS…Travel could be very difficult. Some power outages
will be possible due to the winds combining with the weight of
the wet snow on tree limbs and power lines.

Slow down and use caution while traveling. Allow for extra time to
reach your destination.

Prepare a emergency kit for home in case you lose power.

Just a reminder that this is the weekend that Pronto Pup in Grand Haven will be open. You can go get your corndogs from 11:00 am until 8:00 pm today (Friday), Saturday, and on Sunday. Hopefully the weather isn’t too bad so I can make the drive out for a few Pronto Pups!

Here is the Pronto Pup Facebook page for more information.

I change my sheets and pillowcases every weekend. After seeing the latest information from Amerisleep, I am considering changing them DAILY!

The company put a week-old pillowcase under the microscope … and found it had about 3 million colony-forming units of bacteria per square inch on it. That’s nearly 18,000 times more bacteria that you’d find on the average toilet seat! That means you are basically putting your head on a toilet seat every night! How am I going to fall asleep if I’m thinking about that while laying in bed!

Amerisleep also analyzed your sheets in weekly increments. After a month of not washing your sheets, they could contain over 11 million colony-forming units of bacteria per square inch.

If you haven’t seen enough information on this, here is the entire study, along with graphics, from the Amerisleep website.

WHAT DO YOU WEAR TO BED?

While on the subject of sleeping there is a study that explains what sleeping naked says about your personality.

Nude sleepers also rank their self-confidence just a bit lower than those who wear PJs to bed.

The survey also found that 24% of pajama-wearers admit to being afraid of accidentally being seen naked.

The other question that comes to mind…if you do wear pajamas…do you put clean ones on every night? Or how long do you wear them before washing? You would think they would be just as full of bacteria as your sheets and pillowcases.

OK, after all this info I don’t think I’m ever going to sleep again! I’m getting rid of my bed and turning my bedroom into a den!

MEN: IT DOESN’T GO THERE

How did a 21 year old Thai man ever think this was a good idea?

The man had to go to the emergency room after spending five days with his junk stuck in a length of metal pipe!

And this was not the first time he’d “laid some pipe”! He told staff that he’d experimented with this twice before with good results, but this time ended up stuck — and too embarrassed to seek help.

To release the man they had to cut the pipe with a small blade. They used 25 blades and spent more than three hours on the operation.

Have a GREAT weekend. Remember the words of Rick Beckett: “Don’t Drink and Drive. Don’t Do It. Don’t be an Idiot!”

If you are looking for things to do this weekend be sure to check out my list of “10 Things To Do This Weekeend”.