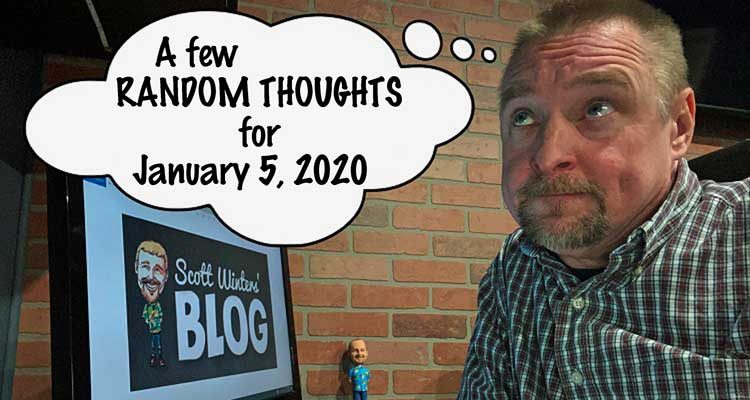 I’ve had my “Wheaties”, the brain is ready to go…

About a month ago I stumbled across a video that had been created using the “Peanuts” characters to sing Journey’s “Don’t Stop Believin'”. Here is that video…

I didn’t realize it at the time, but the man who put this together, Garren Lazar, has done this several other times with a variety of different popular songs. I found his You Tube page yesterday and spent quite a bit of time watching the videos. They are all pretty good, but there are a few that really stand out.

I really liked this one…

Here’s another good one…

I’m not sure how this man ended up with permission to use the “Peanuts” characters in these videos OR how he is able to use the licensed music. Usually You Tube will take down videos that use music that you don’t have permission to use. Either way, enjoy them while you can, because I’m not sure how long they may be around. However, it looks like he’s been doing this for about five years, so somehow he’s able to use the characters and music.

He also does something he calls “Cartoon Characters in Reality”, where he takes regular photos and adds cartoon characters to them. Once again, I’m not sure how he gets around the licensing of the different characters, but he’s been doing it.

You can check out Garren’s You Tube channel here.

Over the years, many of you may have listened to Brian Holmes on “Holmes and the Freak Show”. Over the last couple of years, he would do an occassional weekend airshift on 98.7 WFGR when he would visit Grand Rapids (at the time he was living in Madison, WI).

Brian has since moved to Big Rapids and is working for a radio station up there…B103.9.

Brian was walking around looking at Christmas Lights on Christmas Eve while talking to his mom on the phone. Suddenly he told her he couldn’t breathe and he collapsed. People nearby saw this and assisted Brian and got him to the nearest hospital.

Brian was non-responsive  and admitted to the Intensive Care Unit. He was hooked up to a machine to assist him with his breathing, They had him heavily sedated and were just trying to keep him stable while they ran a few CAT scans to determine the damage done to his brain, if any.

Since that time, Brian has slowly improved. He is now breathing on his own and doctors have him sitting on the edge of his bed. He is really doing amazing considering all that has happened!

He still has a long journey of recovery ahead of him, but it is encouraging seeing the positive advances he has made.

His friend, Bobby Elevate McKeller has been posting regular updates about Brian on his Facebook page. You can see all of those updates here.

The family and Brian are requesting no visitors at this point, but you can send cards and flowers to him at Brian Holmes @ Spectrum Health, 100 Michigan St., Room 7274 Grand Rapids, MI 49503.

Please keep Brian in your thoughts and prayers as he continues to improve and recover.

I often say that sometimes people have way too much free time on their hands and they need a hobby.

There is a woman named Andrea Love who is an independent animator and director based in Port Townsend, WA. She is a self taught animator, specializing in stop motion. In her basement she creates animated videos using wool! These things are very detailed and interesting to watch…

After watching a few of the videos on her website, it makes me wonder what I can do with the lint I empty out of my lint filter in my dryer!

You can see more of Andrea’s videos here.

A lot of you have asked for an update on just when I’ll start the “Winters’ Wonderland” Podcasts. The answer is VERY SOON.

For the last month or so, we have been diligently working on getting everything set up and ready to go. We’ve even done a few “mock” podcasts just to check out how they will look and sound. The goal is do to both a audio only and then a video version of each podcast. I realize that not everyone can sit in from of their computer or smartphone to watch the video version, so I want to do an audio only version that you could listen to at your desk at work, or maybe in your car driving around town.

The podcasts will be done on a weekly basis. I’m hoping to have the first one rolled out by the end of January at the latest. As we get a final date for the first one, I’ll let you know.

I’m looking forward to this new way of interacting with everyone. It will take these “Random Thoughts” blogs and move them up to the next level. “Random Thoughts” will continue to be a daily (or almost daily) feature on the Scott Winters Blog. I say “almost daily” because even I need a day off every now and then!

OK, time for me to get a few things done around the house, including some laundry. I’ll definitely be taking a different look at that lint in my dryer! Maybe I can make a little version of me in lint to animate! Although most of my lint is usually grayish in color… it would have to be a black and white video I guess!