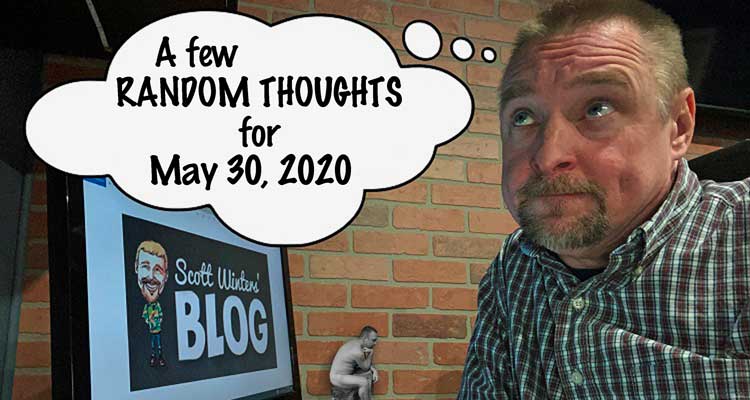 The weekend is here! Here are my “Random Thoughts” for Saturday.

According to the website put together by the Michigan Department of Health and Human Services, as of Friday afternoon at 3 pm there are 56,621 confirmed cases of COVID-19 in the state of Michigan. That number jumped up by 607 in 24 hours.

The latest we have on percentages from WDIV TV in Detroit: These results lag by a few days, but on Wednesday, May 27th, the results of 17,399 tests came back with 859 confirmed as positive. That’s 4.9% of the tests that came back positive. The previous day, Tuesday, May 26th, 3.5% of the tests came back positive. That means we have seen an increase of 1.4% in cases testing positive in just a day. Those numbers have increased for three days in a row. Those numbers are down overall from the peak on April 4th of 41.8%.

The state has a new web dashboard for testing information. It shows that here in west Michigan, on Wednesday, May 27th, 2.419 tests were administered and 5.6% of those tests came back positive. That is up from 3.6% the day before, Tuesday, May 26th. Those numbers have increased for one straight days. The peak was 42.1% on March 22nd.

It will be attempt number two for astronauts Bob and Doug.

Their bags are once again packed and Robert Behnken and Douglas Hurley hope to be launched into space later today aboard the SpaceX Crew Dragon spacecraft — to journey to the International Space Station.

This will be the first crew flight from the United States into orbit since 2011 and the first time a private company will send astronauts into orbit.

It’s a quick trip…within about 12 minutes of takeoff the spacecraft will be cruising in orbit. It will then will journey another 19 hours before arriving at the International Space Station.

Since 2011, NASA has been paying about $80 million each to send astronauts into space on Russian rockets.

The launch was originally scheduled last Wednesday but was cancelled just minutes before blast off due to bad weather. They will try again today for a 3:22 pm (eastern time) launch time. You can watch it on the www.nasa.gov website.

REPORTERS AND METEOROLOGISTS WORKING FROM HOME

With the coronavirus, many reporters and meteorologists are working from home.

That means there may be pets and other people around. Gee, what could go wrong?

Here is a collection of some of the mishaps…

And locally, it was hilarious to watch WOOD TV-8 Chief Meteorologist Bill Steffen’s cats get into a brawl on live tv…

If you are out and about this weekend, just a reminder…

You can read more about these projects here.

I’ve never had a mint julep. Maybe today is the day to try one!

On this date in 2003, Pixar released it’s animated film “Finding Nemo” in theaters..

I love Pixar films! It’s hard to believe that it has be 17 years since “Finding Nemo” came out.

Find out what else has happened on May 30th.

Have a SUPER Saturday!

If you aren’t in the West Michigan area, you can also hear me on the weekends playing the Greatest Hits on stations like:

AM 1340 KRFO in Owatonna, Minnesota 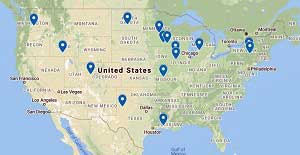