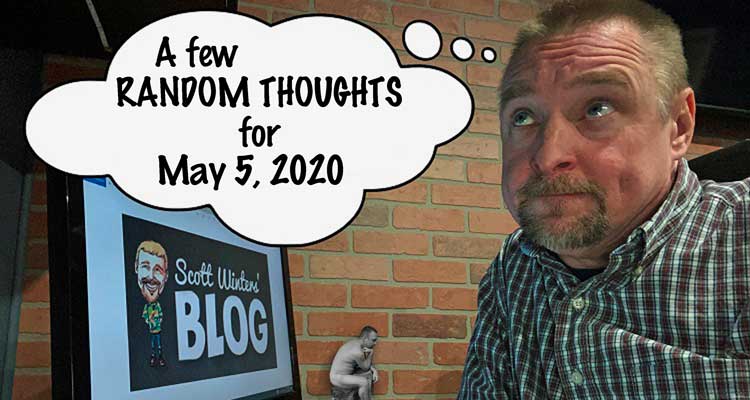 According to the website put together by the Michigan Department of Health and Human Services, as of Monday afternoon at 3 pm there are 43,950 confirmed cases of COVID-19 in the state of Michigan. That number jumped up by 196 in 24 hours.

This is a sad story that should have never happened…

A security guard at a Family Dollar store in Flint, MI, was shot and killed after refusing to let a customer into the store.

According to Genesee County Prosecutor David Leyton, 43-year-old Calvin Munerlyn, a father of nine, was fatally wounded in the head on Friday.

Munerlyn was enforcing the store requirement that customers needed to wear a mask when he stopped 45-year-old Sharmel Teague from entering the store because her daughter didn’t have a mask on.

Teague got mad and allegedly spit on Munerlyn, who told a cashier at the store not to help her. Teague then contacted her husband, 44-year-old Larry Edward Teague, who went to the store with her son, 23-year-old Ramonyea Travon Bishop.

Larry Teague allegedly approached Munerlyn and claimed that he had disrespected his wife. Then Bishop shot Munerlyn, according to witnesses, before both men fled.

The security guard was taken to a local hospital, where he was pronounced dead.

Nicolas Cage has been cast as Joe Exotic in an eight-episode scripted series.

The TV show, which will be Cage’s first, comes from CBS Television Studios and Imagine Television. It’s based on a Texas Monthly story published in 2019, not the Tiger King Netflix docu-series.

This is the second scripted project based on Joe Exotic in the works. Kate McKinnon will executive produce and play Carole Baskin in a show based on Wondery’s Joe Exotic podcast.

In other news, Joe Exotic wants to get out of prison and he believes a Presidential pardon is his best chance.

According to TMZ, the Tiger King star is having his legal team put together a case file to send along to President Donald Trump to show that he was wrongly convicted. He Exotic is currently serving 22 years in prison for a murder-for-hire plot to kill Carole Baskin, as well as other animal abuse charges. His team has purchased a bus which is emblazoned with the slogan, “President Trump, please pardon Joe Exotic,” in the hopes that it will garner enough support to get the president’s attention.

Some customers at Wendy’s have been asking that question lately.

The famous square hamburgers have disappeared from the menu at some of the fast food locations and its all because of meat shortages in the U.S. from the closure of about dozen meat processing plants. Wendy’s is more vulnerable to the meat shortage because it promises to use only “fresh-never-frozen beef”.

So far the burger shortage is affecting only some locations and those are still offering their full menu of chicken sandwiches. No word on any shortages here in West Michigan so far.

Do you remember the old “Where’s the Beef?” commercials with Clara Peller?

JERRY SEINFELD IS BACK

This is Seinfeld’s first stand-up special since 1998.

According to the Netflix description: “Jerry Seinfeld takes the stage in New York and tackles talking vs. texting, bad buffets vs. so-called ‘great’ restaurants and the magic of Pop Tarts,”

Here is a preview…