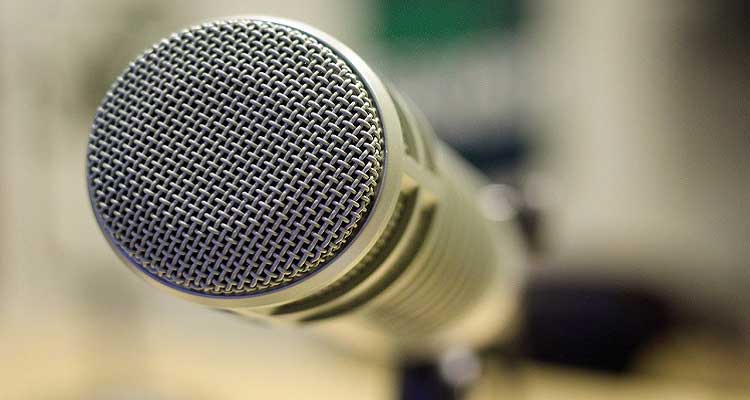 How Rush Limbaugh Made My 30+ Year Radio Career Possible

Radio talk show host Rush Limbaugh lost his battle with lung cancer on Wednesday, February 17th, 2021. Many loved him, while others hated him. But, regardless of how you felt about him, you have to admit — he changed how we listen to the radio — especially talk radio.

Sure, there was talk radio before Rush, but it was mostly just interviews. I was a big fan of Larry King’s show that aired every weeknight. I would listen to Larry King while cleaning restaurants in high school. It was Rush who paved the way for radio hosts who could actually have an opinion.

I didn’t always agree with Rush, but he knew how to get an audience. Rush would be the first to tell you that what he did was for “entertainment” value. I sometimes wondered if Rush really felt a certain way about a subject, or if he was just telling the audience what they wanted to hear…but it worked for him. (Limbaugh earned $85 million/year and his show was the most listened to radio talk show in the United States in 2020, with more than 20 million monthly listeners.) With Rush’s ratings success, it paved the way for news/talk radio stations and more talk show hosts — both on a national and local level.

Rush played a big role in my radio career. Back in the late 90s, Rick Beckett and I were doing morning radio on 97.9 WGRD in Grand Rapids, MI. Although our morning show wasn’t really a “talk show”, it was more talk than music — and our program directors realized that. Our listeners weren’t tuning in to hear another Dave Matthews Band song (although Rick played A LOT of those). They were tuning in to hear the banter of Rick and Scott and the callers who were a part of the show. If it weren’t for Rush’s success, our bosses probably would have made us play “more music in the morning” and limit us to just a minute or two of talking between songs.

When WGRD fired us in the fall of 2002, I wasn’t sure what I was going to do. The thought of being a “talk show” host never entered my mind. Phil Tower, then the program director at Newsradio WOOD 1300, had an idea to bring Rick and Scott to his radio station. It took some convincing, but eventually WOOD’s general manager Skip Essick was also on board. We were originally hired to replace Sean Hannity in the afternoons. We had contracts signed and were ready to begin afternoon drive shift at WOOD in the spring of 2003. But Sean Hannity had a hissy fit! When he heard that he was going to be pulled off of WOOD and moved to WTKG, he started to throw his weight around. He threatened to pull his show off of a Clearchannel news/talk station in Cincinnati if he didn’t get his time slot back in Grand Rapids. Clearchannel was not going to let that happen. So Sean Hannity got his way.

So what happened to “The Rick and Scott Show”? We ended up doing 9 am to Noon at WOOD. In his blog “This is Skip Essick, signing off“, Skip reflected on what was happening behind the scenes: “I asked Dave (his boss) ‘what the hell are we going to do? We’ve already inked a deal with Becket and Winters.’  Crowl said ‘you’re going to have the most expensive midday show in America’. And that’s what happened.”

Two local yocals were now on the air every morning leading up to Rush’s show at Noon each day. I ended up spending seven years doing news/talk at WOOD. I’d do it again in a heartbeat. We didn’t even try to cover national issues…those were left for Rush and Hannity. We concentrated on local issues and things happening in the state of Michigan. That’s what we could do best. We were successful at it.

But, looking back, if it weren’t for Rush Limbaugh there would not have been any “talk radio”. I would have never had the opportunity to work with Rick Beckett on a news/talk format. When we first started, I remember being scared to death. How were we ever going to fill three hours with nothing but conversation? There were no songs to play when we didn’t have anything to talk about. It didn’t take long for us to realize we COULD easily talk for three hours…and on most days we wished we had more time because we just weren’t quite finished yet.

Love him or hate him, I have to thank Rush Limbaugh for doing what he did…opening the doors for talk radio hosts across the country — both conservative and liberal and everything in between. Without Rush, there probably would never have been a “Rick and Scott Show” on WOOD Radio. I probably would have had to find a job outside of the radio business back in 2003. Instead, I found success with the “gift of gab” and it gave me an opportunity that I enjoyed more than I ever thought I would. Oh how I miss talk radio!

Thank  you Rush and may you Rest in Peace.

Photo: Image by janeannpeters from Pixabay