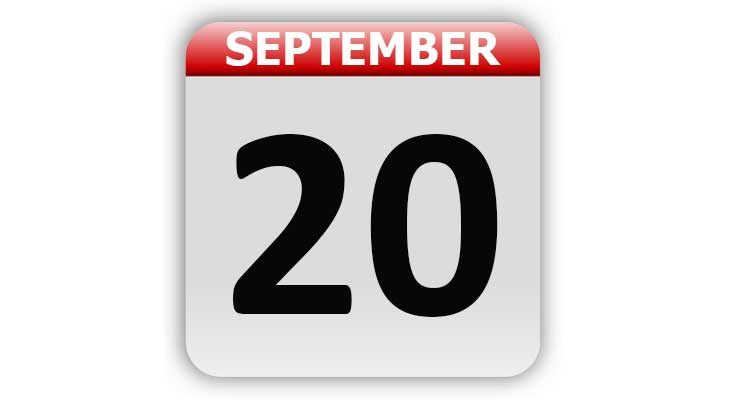 1881 – President Chester A. Arthur was sworn in, the morning after becoming President upon James A. Garfield’s death.

1921 – Radio station KDKA, in Pittsburgh, PA, started a daily radio newscast. It was one of the first in the U.S.

1946 – The first Cannes Film Festival was held in France. The original festival was delayed for seven years due to World War II.

1962 – James Meredith, a black student, was blocked from enrolling at the University of Mississippi by Governor Ross R. Barnett. Meredith was later admitted.

1973 – In the Battle of the Sexes tennis match at the Houston Astrodome, Billie Jean King beat Bobby Riggs.

1976 – The TV show “The Captain & Tennille” premiered on ABC. Jackie Gleason, Penny Marshall and “Welcome Back Kotter’s” Gabe Kaplan, Ron Palillo and Lawrewnce Hilton-Jacobs were guests on the first episode.

1995 – The U.S. House of Representatives voted to drop the national speed limit. This allowed the states to decide their own speed limits.

1998 – After playing in a record 2,632 consecutive games over 16 seasons, Cal Ripken, of the Baltimore Orioles, sat out a game against the New York Yankees.

2001 – In an address to a joint session of Congress and the American people, President George W. Bush declared a “War on Terror”.

Tags: A Look Back, Celebrity Birthdays, Days of the Year, September 20, Today in History