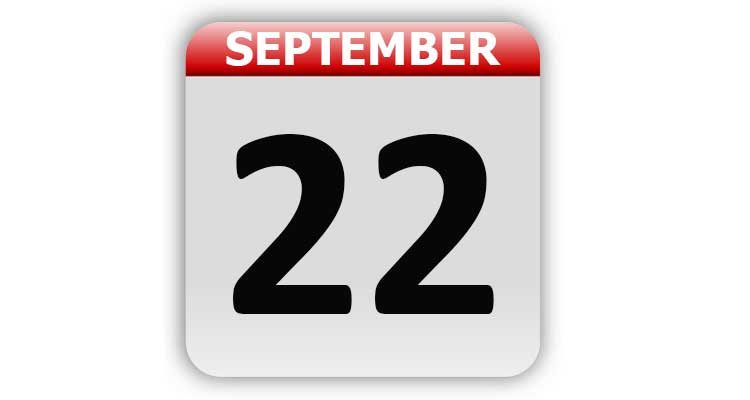 1789 – The U.S. Congress authorized the office of Postmaster General.

1867 – The Grand River, in Grand Rapids, MI, flooded and caused a great deal of property damage on the east side of the river. It also swept away the newly constructed guard gates of the west side canal.

1888 – The first issue of “National Geographic Magazine” was published. It cost 50 cents and contained no photos.

1903 – Italo Marchiony received a patent for the ice cream cone.

1976 – The TV series “Charlie’s Angels” debuted on ABC. It starred  Kate Jackson, Farrah Fawcett, and Jaclyn Smith. John Forsythe was the voice of “Charlie”. The series ran until June 24, 1981

1982 – The TV show “Family Ties” debuted on NBC. It starred Michael J. Fox as a young Republican Alex P. Keaton. The show aired for seven seasons, concluding on May 14, 1989.

1989 – Leslie Pluhar, a 31 year old waitress from Royal Oak, MI, died while driving her 1987 Yugo when 48-mph wind gusts caused her to lose control and her car plunged off the Mackinac Bridge.

1991 – The Dead Sea Scrolls were made available to the public for the first time by the Huntington Library.

1997 – Elton John’s tribute to Princess Dianna, the song “Candle in the Wind”, was released in the United States. It stayed on top of Billboard’s “Top 100” list for 14 straight weeks.

1998 – Keely Smith received a star on the Hollywood Walk of Fame.

2008 – The Rock and Roll Hall of Fame announced the nominees for the class of 2009 — Jeff Beck, Metallica, Chic, Wanda Jackson, Little Anthony and the Imperials, Run-DMC, The Stooges, War and Bobby Womack.

Tags: A Look Back, Celebrity Birthdays, Days of the Year, September 22, Today in History