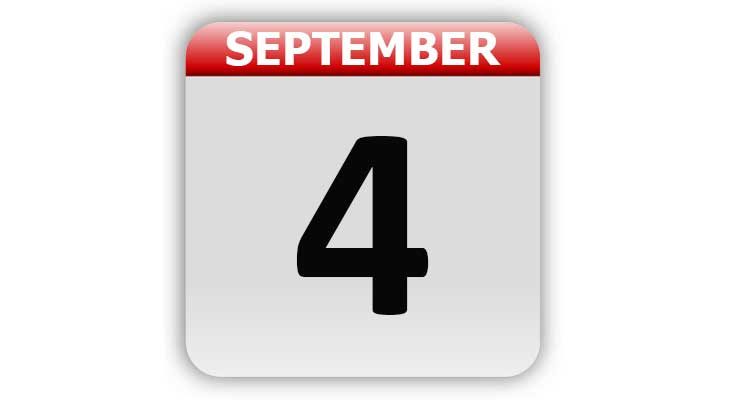 1781 – Los Angeles, CA, was founded by Spanish settlers. The original name was “El Pueblo de Nuestra Senora La Reina de Los Angeles de Porciuncula”. The name translates as “The Town of the Queen of Angels.” (Just “Los Angeles” is so much easier!)

1833 – A 10 year old, named Barney Flaherty, answered an ad in “The New York Sun” and became the first newsboy/paperboy.

1882 – Thomas Edison flipped the switch to the first commercial electrical power plant in history. It lit a one square mile of lower Manhattan, of New York, NY. It was the first display of an electrical lighting system.

1886 – After almost 30 years of fighting, Geronimo, and the Apache Indians he led, surrendered in Skeleton Canyon in Arizona to Gen. Nelson Miles.

1888 – George Eastman registered the name “Kodak” and received a patent for his camera that used roll film. The camera could take 100 exposures per roll.

1893 – Beatrix Potter wrote a letter with a tale of a rabbit named Peter. It would later be published as “The Tale of Peter Rabbit”.

1907 – Grand Rapids, MI patrolman Henry Slater was killed when he was struck by a street car while directing traffic. The street car had jumped the tracks.

1921 – The first police broadcast was made by radio station WIL in St. Louis, MO.

1923 – The first American dirigible, the “Shenandoah,” began its maiden voyage in Lakehurst, NJ.

1951 – The first live, coast-to-coast TV broadcast took place in the U.S. The event took place in San Francisco, CA, from the Japanese Peace Treaty Conference. It was seen by viewers all the way to New York, NY.

1957 – The Ford Motor Company began selling the Edsel. It became the biggest flop in automotive history.

1967 – Michigan Governor George Romney said during a TV interview that he had undergone “brainwashing” by U.S. officials while visiting Vietnam in 1965.

1989 – A reconnaissance satellite was released by the Air Force’s Titan Three rocket.

1998 – Google was founded by Larry Page and Sergey Brin. They were both students at Stanford University.

1998 – While in Ireland, President Bill Clinton said the words “I’m sorry” for the first time about his affair with Monica Lewinsky. He described his behavior as indefensible.

2006 – “Crocodile Hunter” Steve Irwin is killed by a stingray barb to the heart off the coast of Australia. He had been filming a nature special.

Tags: A Look Back, Celebrity Birthdays, Days of the Year, September 4, Today in History