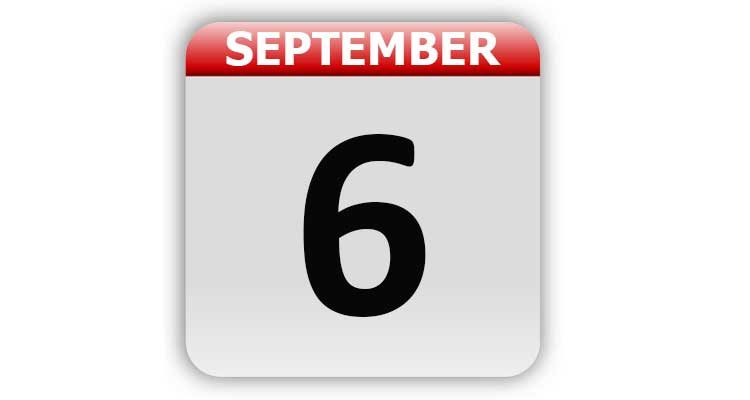 1620 – The Pilgrims left from Plymouth, England, on the Mayflower to settle in the New World.

1899 – The first can of evaporated milk was processed by Carnation.

1909 – American explorer Robert Peary sent word that he had reached the North Pole. He had reached his goal five months earlier.

1975 – Czechoslovak tennis star Martina Navratilova requested political asylum to remain in the United States. She was in New York, NY for the U.S. Open.

1992 – A 35-year old man, who was the transplant recipient of a baboon liver, died at the University of Pittsburgh Medical Center, 10 weeks after receiving the animal’s organ.

1993 – Renault of France and Volvo of Sweden announced they were merging. Volvo eventually canceled the deal the following December.

1997 – The Funeral for Diana, Princess of Wales, took place in London. Over a million people lined the streets. It was watched on television by over 2.5 billion people around the world.

2002 – In New York, NY, the U.S. Congress convened at Federal Hall for a rare special session. The session was held in New York to express the nation’s mourning for the loss on September 11, 2001 and unity in the war against terrorism.

2010 – The movie “The King’s Speech” premiered in theaters. It would win Best Picture at the Oscars.

2018 – Amway co-founder and philanthropist Rich DeVos died at the age of 92.

Tags: A Look Back, Celebrity Birthdays, Days of the Year, September 6, Today in History