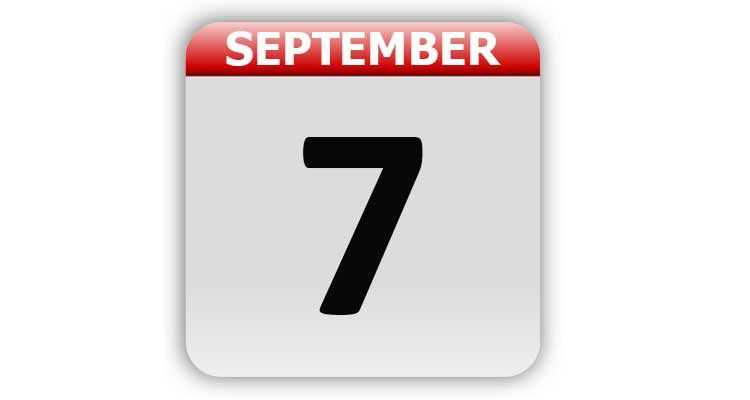 1813 – The nickname “Uncle Sam” was first used as a symbolic reference to the United States. The reference appeared in an editorial in the New York’s Troy Post.

1888 – Edith Eleanor McLean became the first baby to be placed in an incubator.

1915 – Johnny Gruelle received a patent for his “Raggedy Ann” doll.

1921 – The first Miss America was crowned in Atlantic City, NJ. Margaret Gorman of Washington, DC, was the winner at the end of the 2 day event.

1930 – The cartoon “Blondie” first appeared in the comic strips.

1963 – The Pro Football Hall of Fame was dedicated in Canton, OH, with 17 charter members.

1977 – The Panama Canal treaties were signed by President Jimmy Carter and General Omar Torrijos Herrera. The treaties called for the U.S. to turn over control of the canal’s waterway to Panama in the year 2000.

1979 – The Chrysler Corporation asked the U.S. Government for $1.5 billion to avoid bankruptcy.

1979 – ESPN, the Entertainment and Sports Programming Network, made its debut on cable TV.

1989 – Legislation was approved by the Senate that prohibited discrimination against the handicapped in employment, public accommodations, transportation and communications.

1999 – Viacom announced that it would buy CBS for $37.3 billion, creating the nation’s second largest media company.

National Neither Snow Nor Rain Day

Tags: A Look Back, Celebrity Birthdays, Days of the Year, September 7, Today in History