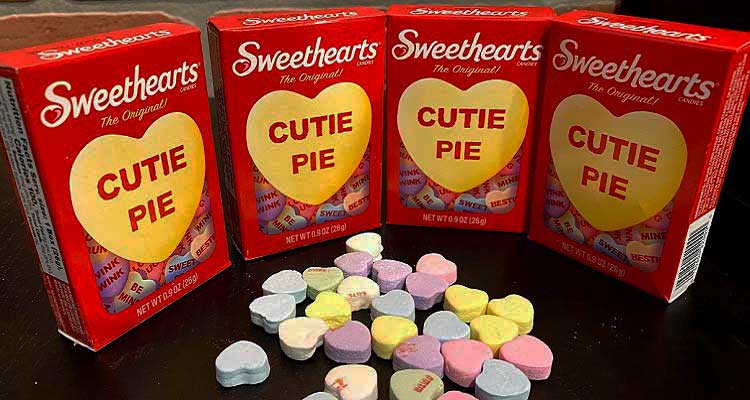 Sweethearts Valentine Heart Candies are Back — But Many are Without Messages

What happened? Well the company that made the candies — Necco — declared bankruptcy in 2018. (Yes, Necco is the same company that used to make the Necco Wafer candies. Very few people liked the black licorice Necco wafer.) The original plant closed and their candy brands were sold off. The rights to Sweethearts were acquired by Spangler Candy Company on September 21, 2018, but that did not give the new company time enough to produce the little heart candies for 2019…so we had to do without.

I have good news and bad news… 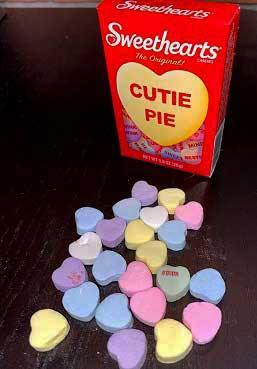 Sweethearts heart candies are back this year! That’s the good news. The bad news…they may not be available in many places and very few of the hearts have messages on them.

Here’s why…The process to move Sweethearts’ equipment from the Necco’s factory in Revere, MA, to another plant took almost a year. Sixty truckloads of equipment had to be taken apart, packed up, and moved. Some of the bigger pieces of equipment actually had to be lifted out through the roof of the building with a crane.

The other problem the new company faced was the printer that Sweethearts used to print sayings like “Be Mine”, “Cutie Pie”, and “Love Me” on the candy hearts was unreliable. The company purchased a new printer to replace the old one. Then, the replacement printing equipment was damaged during production, and Spangler could not get it fixed. 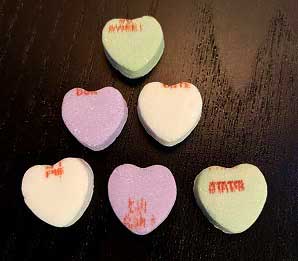 I found some of the candy hearts at Meijer over the weekend. I bought a multipack of the candies that contained six small boxes. I opened up a few of the individual boxes and sure enough the candies are back! Each of the boxes contained about two dozen candy hearts, but in most boxes I only found one or two hearts that had sayings on them. Most of those messages were almost unreadable.

So at least the candies are back, but they are in limited supply this year. And don’t expect a lot of the hearts to have the familiar messages on them. Let’s hope that Spangler Candy can get all of the kinks worked out so that in 2021 everything can be back to normal!