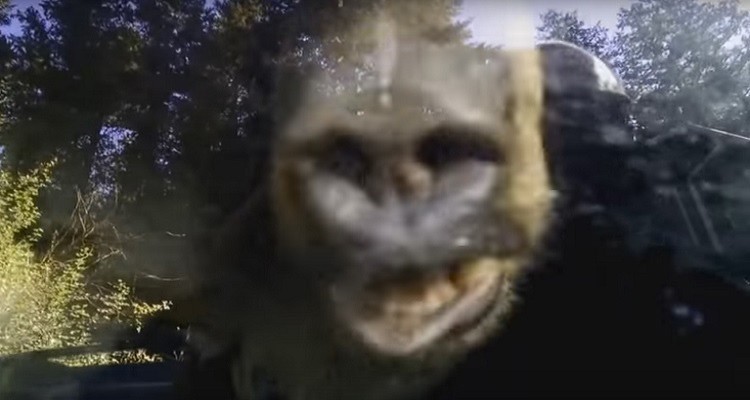 There’s a WHAT in your car?

A homeowner in Jefferson County, Colorado had to call Sheriff’s deputies the other day because of what made it’s way into their car.

The Deputies are used to their share of animal calls. “Snakes, marmots, deer, elk, bobcat, bear. We get them all.”

The home, located in the middle of the woods, was apparently also the home of a very curious bear. When officers arrived they were surprised that there were no broken windows or any other sign that the bear had forced his way into the vehicle. It appears the bear somehow opened the car door — and climbed in. The door must have then closed behind him.

The bear was trapped and he definitely was not a happy camper. He completely trashed the interior of the car trying to find a way out. One officer was able to open up the back hatch. When he did, the bear jumped out and ran into the woods. The best part…the deputies were able to catch it all on video.

And here is that video…

I love the caption at the end: “We bearly got him out of there!”