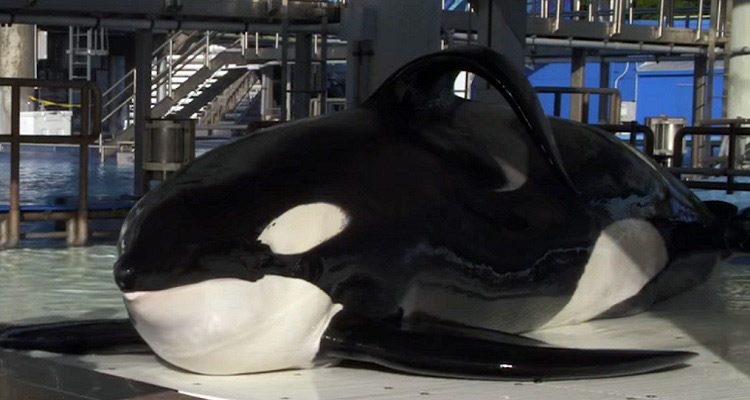 SeaWorld’s orca whale Tilikum has died. He was 36. He died early on Friday morning, January 6, 2017.

SeaWorld said he died surrounded by trainers, care staff and veterinarians. A cause of death is yet to be determined. A necropsy is planned, however veterinarians had been treating him for a persistent and complicated bacterial lung infection.

Tilikum came to SeaWorld in 1991 from Sealand of the Pacific in Canada. He was SeaWorld’s most prolific male orca having fathered 14 calves since he arrived at SeaWorld Orlando about 25 years ago. He was also known for his size at 22 feet long and weighing 11,800 pounds.

“Tilikum had, and will continue to have, a special place in the hearts of the SeaWorld family, as well as the millions of people all over the world that he inspired,” SeaWorld President & CEO Joel Manby said. “My heart goes out to our team who cared for him like family.”

In 2010, Tilikum sparked controversy when he killed his trainer, 40 year old Dawn Brancheau. She was interacting with him during a show at SeaWorld Orlando when he pulled her from a platform and held her under the water.

Tilikum was involved in two previous deaths. In 1992, at Sealand of the Pacific, he and two female orcas were responsible for the death of a part-time trainer who slipped and fell into their pool. In 1999, a short time after his arrival at SeaWorld, a naked man snuck into SeaWorld at night was found dead the next morning draped over Tilikum in his tank.

Those three deaths inspired the 2013 documentary “Blackfish,” which explored controversies about keeping killer whales in captivity. Soon after the film, attendance at the parks started to decline. In March of 2016, SeaWorld officials announced that they would end their orca breeding program and theatrical shows involving killer whales.

To read more about Tilikum, here is his Wikipedia page.

Here is a video, from March 2016, where some of the trainers at Sea World talk about Tilikum’s history and his health issues…