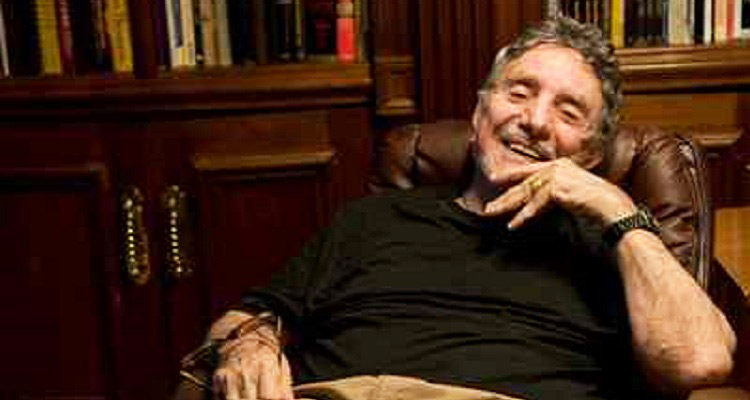 Author and filmmaker William Peter Blatty, who scared millions with the best-selling novel and Oscar-winning movie “The Exorcist,” has died. He just recently celebrated his 89th birthday on January 7th.

Blatty passed away Thursday, January 12, 2017 at a hospital in Bethesda, Maryland, where he lived. His widow, Julie Alicia Blatty, reported the cause of death as multiple myeloma, which is a form of blood cancer. He was only diagnosed last month. The two had been married for 33 years.

Blatty is best known for the 1971 New York Times best-seller “The Exorcist”. The film adaption of the novel was released in 1973. The horror story was about a 12 year old girl, played by Linda Blair, who was possessed by a demon. The novel sold more than 10 million copies. The film make $400 million worldwide.
The movie was nominated for 10 Academy Awards, winning for best sound and best adapted screenplay. Entertainment Weekly named “The Exorcist” the scariest movie of all time.

Before Blatty wrote “The Exorcist,” he was a master of comedy. In 1964, he collaborated with director Blake Edwards on the screenplays for four films, most notably “A Shot in the Dark”, one of the Pink Panther movies with Peter Sellers. He also wrote the scripts for comedies starring Danny Kaye, Warren Beatty and Zero Mostel.

The family has not yet announced any funeral plans.

To read more about William Peter Blatty, here is his Wikipedia page.