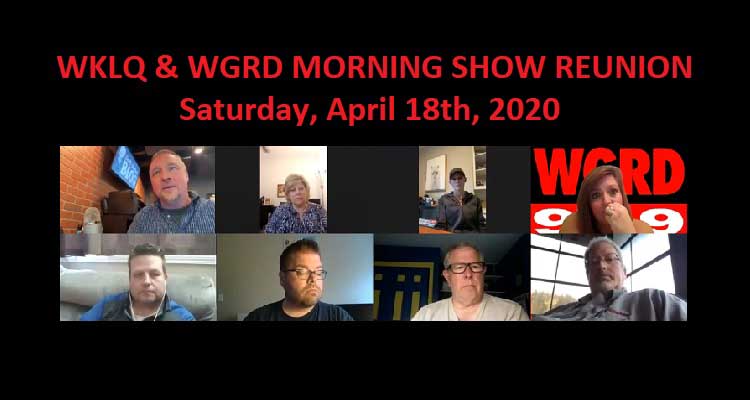 So many  years ago, back in the 90s, many people would be listening to Rick Beckett, Darla Jaye, and Scott Winters on WKLQ.

On Saturday, April 18th, 2020, several of the former Morning Show cast members gathered on Zoom for a reunion.

Joining me were Darla Jaye, Lesleigh Green, Stephanie Webb, Rovin’ Ralph and Moose. Also in attendance was our “official/”unofficial” photographer Bruce Doll, John Baker — the Hitmaker, and a few listeners as well.

We talked about good times and bad times. We spent about an hour together just reminiscing. For most of us, we  haven’t seen each other in many years. It was fun to catch up and find out what everyone is doing now.

Here is the video of that Morning Show Reunion…

Maybe it’s time to get the group back together again for another reunion!