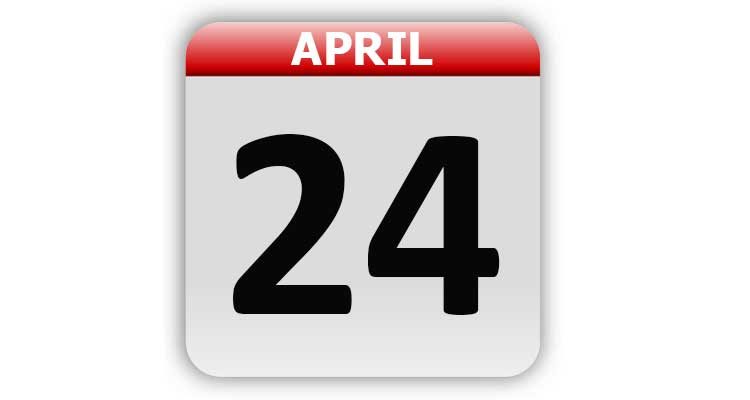 1833 – A patent was granted for first soda fountain.

1961 – Sandy Koufax, of the Los Angeles Dodgers, struck out 18 batters becoming the first major-league pitcher to do so on two different occasions.

1962 – MIT sent a TV signal by satellite for the first time.

1973 – Albert Sabin reported that herpes viruses were factors in nine kinds of cancer.

1990 – The Space Shuttle Discovery blasted off from Cape Canaveral, FL. It was carrying the $1.5 billion Hubble Space Telescope.

1996 – Margot Kidder was placed in a psychiatric ward after being found dirty, dazed, and fearful in a stranger’s backyard in Glendale, CA.

1998 – ABC confirmed that it was canceling “Ellen”, the first TV series to feature an openly gay lead character.

2005 – Cardinal Joseph Ratzinger was inaugurated as the 265th Pope of the Roman Catholic Church taking the name Pope Benedict XVI.

2007 – Sheryl Crow called for a ban on using too much toilet paper in order to help the environment. The singer suggested using “only one square per restroom visit, except, of course, on those pesky occasions where two or three could be required”.

National Pigs in a Blanket Day

Tags: A Look Back, April 24, Celebrity Birthdays, Days of the Year, Today in History