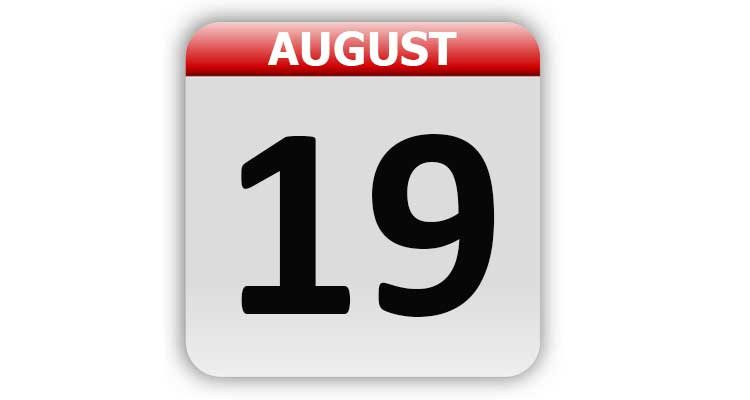 1848 – The New York Herald reported of the discovery of gold in California.

1856 – A patent for the process of condensing milk by vacuum was awarded to Gail Borden.

1909 – The first automobile race was held at the Indianapolis Motor Speedway in Indiana.

1934 – The first All-American Soap Box Derby was held in Dayton, OH. The winner was Robert Turner, who made his car from wood recycled from a saloon bar.

1960 – The Soviet Union launched Sputnik with the dogs Belka and Strekla on board, along with 40 mice, two rats and a variety of plants.

1964 – The Beatles arrived in the United States to kick off their North American tour that kicked off at Cow Palace in San Francisco.

1972 – NBC-TV presented “The Midnight Special” for the first time. John Denver was the first host.

1978 – The city of Lowell, MI was hit by a violent storm. The Lowell Showboat was overturned and the steeple was torn off the United Methodist Church.

1999 – Lorne Michaels received a star on the Hollywood Walk of Fame.

2004 – Regis Philbin goes into The Guinness Book of World Records for logging the most hours on television — a total of 15,188 hours. The previous record was held by Hugh Downs.

2010 – Operation Iraqi Freedom ended, with the last of the U.S. Brigade combat teams crossing the border to Kuwait.

Tags: A Look Back, August 19, Celebrity Birthdays, Days of the Year, Today in History