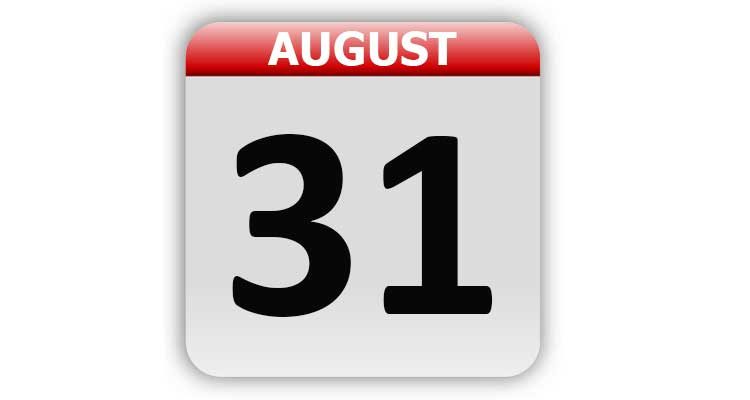 1803 – Lewis and Clark started their expedition to the west from Pittsburgh, PA.

1809 – Michigan’s first newspaper was printed. “The Michigan Essay” was printed in Detroit, MI. There was only 1 issue ever printed.

1920 – The first news program to be broadcast on radio was aired. The station was 8MK in Detroit, MI.

1920 – John Lloyd Wright was issued a patent for “Toy-Cabin Construction,” which are now called “Lincoln Logs”.

1964 – California officially became the most populated state in America.

1965 – The Department of Housing and Urban Development was created by the U.S. House of Representatives and the Senate.

1991 – In a “Solidarity Day” protest hundreds of thousands of union members marched in Washington, DC.

1997 – Princess Diana, Princess of Wales, her companion Dodi Fayed, and driver Henri Paul died in a car crash in Paris. Princess Di was 36. (Do you remember where you were when you heard the news?)

2005 – Martha Stewart was permitted to remove the electronic ankle bracelet that had been monitoring her every move under the terms of her five-month house arrest.

Tags: A Look Back, August 31, Celebrity Birthdays, Days of the Year, Today in History