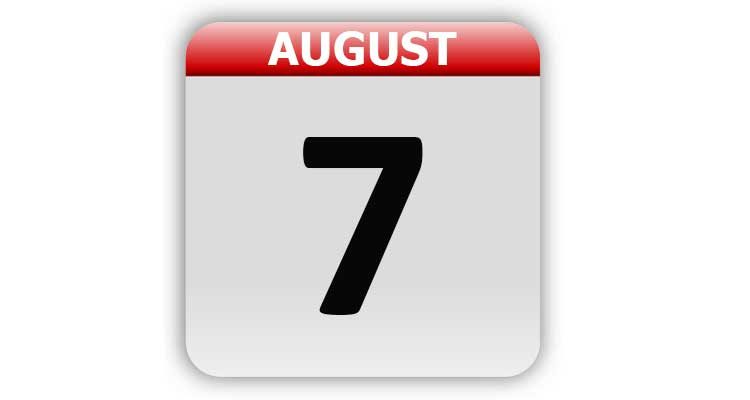 1782 – George Washington ordered the creation of the Badge of Military Merit to honor Revolutionary War soldiers who were wounded in battle. It was later renamed to the more poetic Purple Heart.

1888 – Theophilus Van Kannel received a patent for the revolving door.

1959 – The Lincoln Memorial design on the penny went into circulation. It replaced the “sheaves of wheat” (or “wheat penny”) design and was minted until 2008.

1976 – Scientists in Pasadena, CA, announced that the Viking 1 spacecraft had found strong indications of possible life on Mars. That same year Viking 2 entered orbit around Mars.

1978 – President Jimmy Carter declared a federal emergency at Love Canal due to toxic waste that had been negligently disposed of into the canal.

1981 – After 128 years of publication, “The Washington Star” ceased all operations.

1990 – The first American soldiers arrived in Saudi Arabia as part of the Gulf War.

2003 – In California, Arnold Schwarzenegger announced that he would run for the office of governor.

2006 – Gene Simmons, of the band KISS, got his own reality TV show when “Gene Simmons Family Jewels” premiered on A&E.

Tags: A Look Back, August 7, Celebrity Birthdays, Days of the Year, Today in History