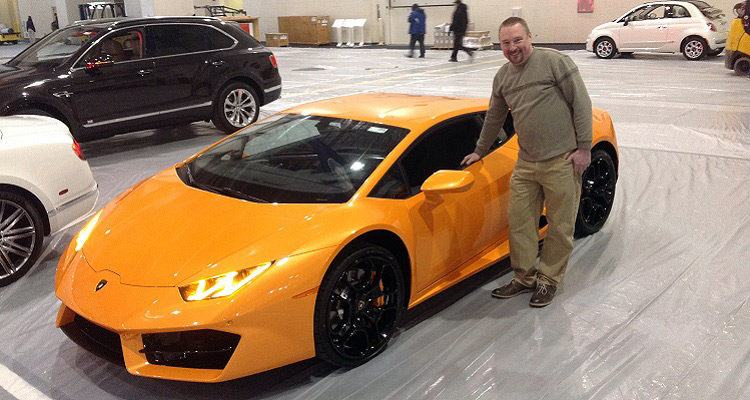 Behind the Wheel of a Lamborghini!

Over the years I have had a lot of cool opportunities, but I’ve never had a chance to drive a car that is worth over a quarter of a million dollars!! Today I found myself behind the wheel of a Lamborghini!

Coming up this weekend (February 2-5th, 2017) it is the 19th Annual Michigan International Auto Show at DeVos Place in downtown Grand Rapids. As part of the Auto Show, about 25 cars worth collectively over $5 million will be on display in the Million Dollar Motorway.

Today was “move in” day for those fabulous cars. I was asked if I would like a chance to drive one around DeVos Place from the loading dock into the room set aside for the Motorway. Would I like to drive a Lamborghini? You bet I would!

I arrived just after the trucks that hauled the cars from Detroit arrived in Grand Rapids. As I walked into the empty convention center, I could see about a half dozen cars that had already been off-loaded from the truck. They were sitting just inside the loading dock doors. Even from across the large room I could see this orange Lamborghini with its lights flashing…almost as it was saying “Hey, I’m glad you are here! Now get into the driver’s seat and let’s get me into position to be shown off for the weekend.”

I walked around the car and wiped the drool off my lower lip on more than one occasion. What a beautiful car! It’s a 2017 Lamborghini Huracán – 2DW Coupe. The sticker price on this vehicle is $245,095. The description of the car that I was handed said “Huracán RWD Coupe: the real fun in driving comes when you realize that you are not just driving, but that you are also totally in control of your car in a way that obtains the most exhilarating experience possible from the road, turning driving into a natural endorphin-releasing experience.” Oh there were just a few endorphins released! The car has a 5.2L V10 naturally aspirated engine (sounds fancy!), dual clutch gearbox with 7 speeds, and rear wheel drive.

It was now time to hop in the driver’s seat and get this vehicle moved into position. As I crawled into the car it was like getting into some futurist space craft. The dashboard and console were nothing like I had ever experienced before. It was time to start up the car…but how? There was no ignition to put the key into. Instead, there is a push button…one push and you could hear the roar of the engine with that muscle car exhaust echoing through the DeVos Place!

OK, the car is started. Now my mission was to drive the car across the empty convention center, through the hallway into the room where all these vehicles would be on display. Let’s put this thing in “drive” and be on our way — but wait, not so fast — just how do you put this thing in “drive”. There is no gear shift on the steering column or in the console. Hmmm! So after feeling like a complete idiot, I was informed that you put the vehicle in drive by using the paddles on the back of the steering wheel! How cool is that!

So now I’m ready to go! As I’m maneuvering abound a few of the displays in the convention center I did at one point rest my arm on the window and shout out “Hey Gorgeous! I’ll be back to pick you up later!”. It’s just too bad there was no one there to hear it! As I drove out the convention center door out in the the hallway I was nearing the end of my “cruise”.

All of a sudden my heart sank as I looked at the doorway to get into the room where the car would be on display. The opening for the room was just two doors…and this car was suppose to fit in those doors. I thought “no way” and then I thought…how are they going to feel when this car has a giant scrape down one side because I was too close to one side or the other. With some guidance from a worker, who folded in the mirrors, which allowed for about 1/2″ clearance on both side of the car, I was able to get the car into it’s home for the weekend. Success!!!

That was my first time in a Lamborghini and definitely the first time I was ever able to drive one. It will probably be the only time I’m behind the wheel of a car that costs more than my house!

Now I can cross “Drive a Lamborghini” off my bucket list!

For more information be sure to check out the Michigan International Auto Show website. I’ll be down there this weekend as well… I have to check on my “adopted” vehicle! Other manufacturers with cars in the Million Dollar Motorway include Acura, Aston Martin, Audi, Bentley, Cadillac, Ferrari, Land Rover, Lexus, Maserati, Porsche and Rolls Royce. To qualify for the Million Dollar Motorway vehicles must be at least $100,000 in value.

Here is the website for information on the Lamborghini Huracán. 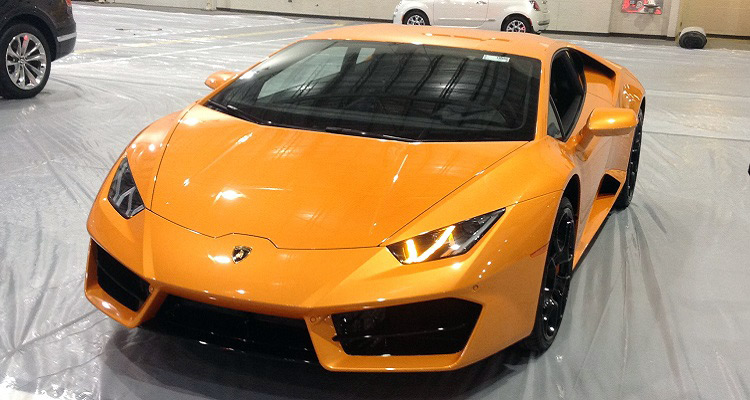 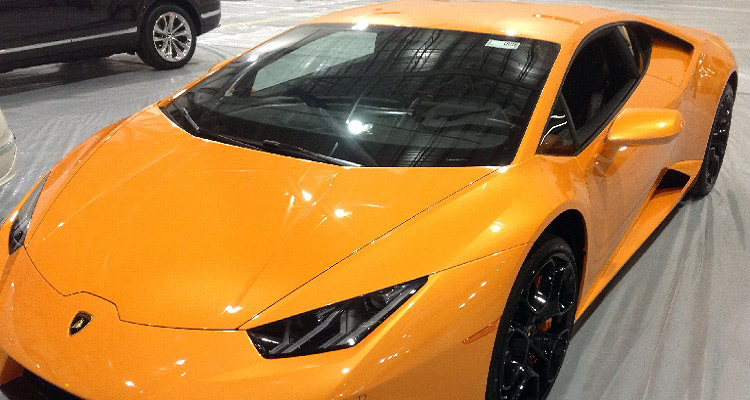 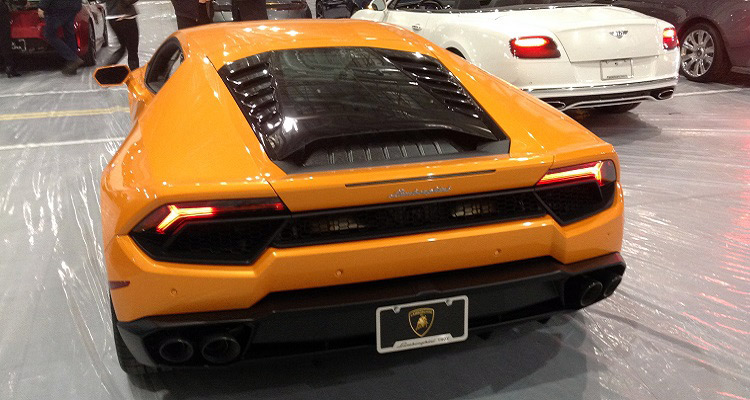 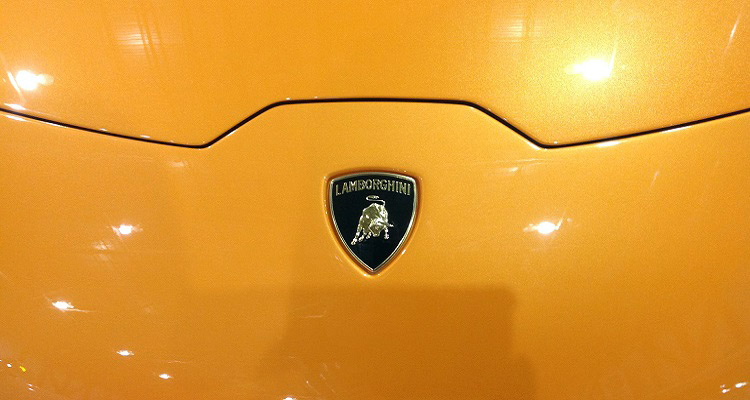 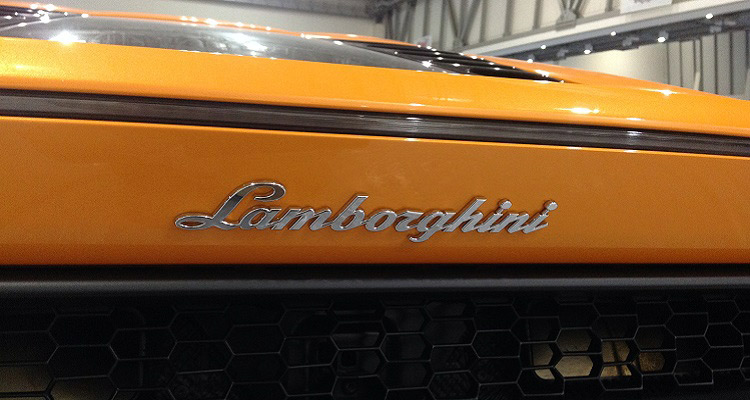 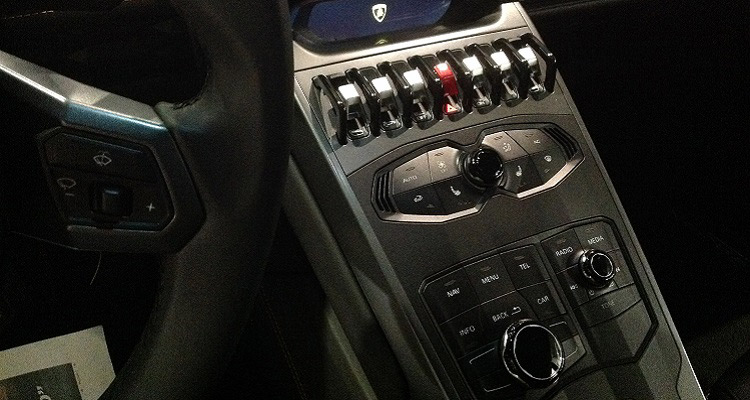 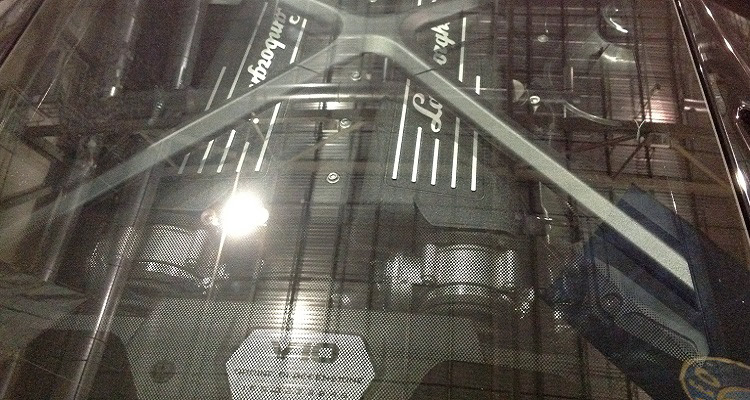 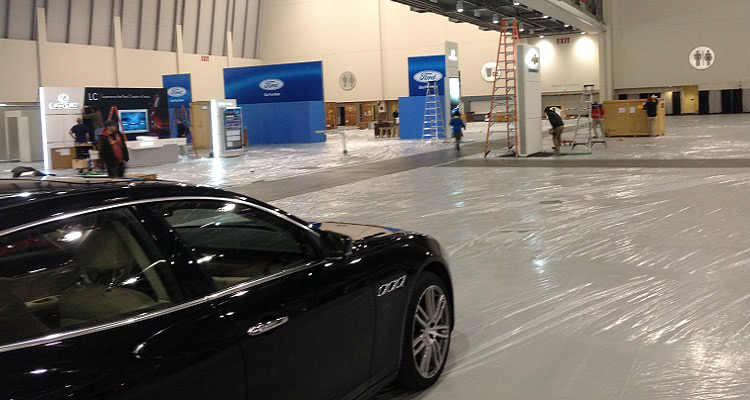 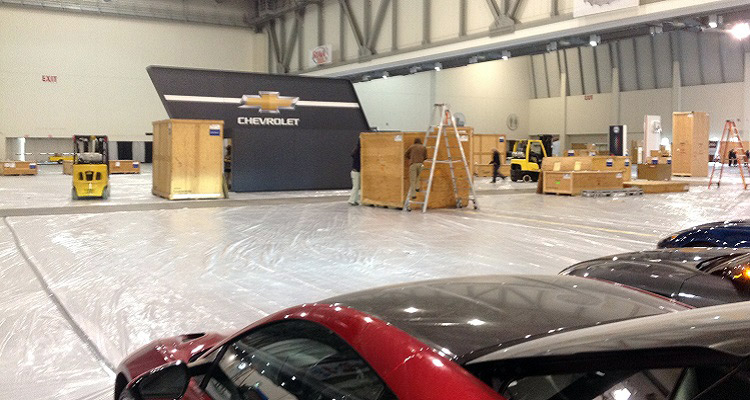 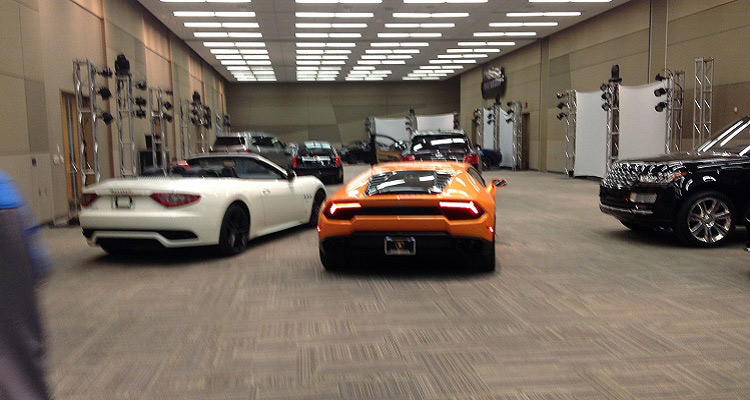