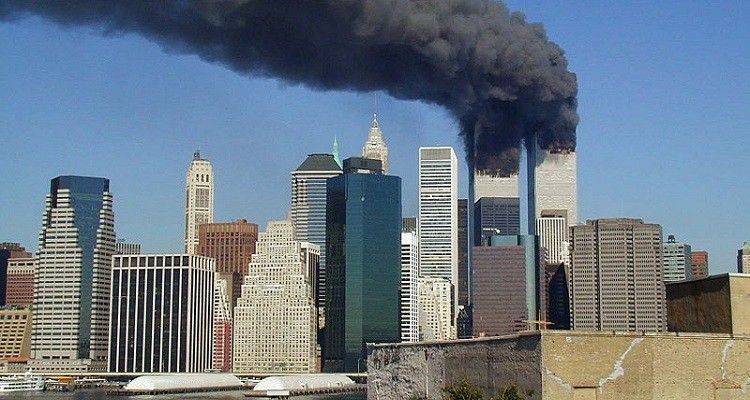 Several agencies from around the country we called in for assistance after the attacks. A 2 year old dog named Bretagne and her handler, Denise Corliss, were part of the Texas Task Force 1 that was sent to lower Manhattan. This group helped search the area for any human remains that could be found in the rubble.

Bretagne was 16 years old when she was euthanized on Monday, June 6th, 2016. As she was walked in to the vet’s office, there were about two dozen first responders who stood — and saluted — as the dog walked by for the final time. As she was carried out of the facility, an American flag was draped over her body.

After the 9/11 search, Bretagne went on to assist in other disasters as well, including hurricane Katrina. She was retired from service at the age of 10, but went on to become a member of a local Fire Department in Texas.

Here is another story from ABC News: http://abcn.ws/1tePTdU

A big THANKS to all of the organizations that work with dogs like this. The training and discipline is just incredible. The type of things dogs can be trained to do is just amazing…from drug and explosive sniffing dogs, to service dogs, to therapy dogs.

Locally we have an organization called “Paws with a Cause”, based in Wayland, MI. They train assistance dogs to help out people with various disabilities or handicaps. I have visited their facility on a few occasions. The training for these dogs is top notch. If you would like more information on Paws with a Cause, their website is www.pawswithacause.org. One of the newer type of assistance dogs are “seizure response dogs”. Currently, 40% of applicants are requesting this type of dog. Paws with a Cause is always thankful for any contribution you may like to make to help them operate their facility.

RIP Britagne. And thank you for your service.