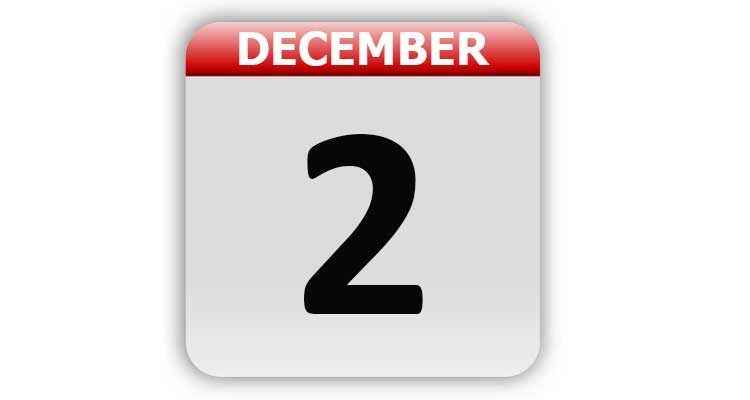 1816 – The Philadelphia Savings Fund Society, the first savings bank in the United States, opened for business.

1901 – Gillette patented the KC Gillette Razor. It was first razor to feature a permanent handle and disposable double-edge razor blades.

1927 – After 19 years of Model T production, the Ford Motor Company unveiled the Model A automobile — the successor to the Model T

1942 – A self-sustaining nuclear chain reaction was demonstrated by Dr. Enrico Fermi and his staff at the University of Chicago.

1962 – Breast implants were invented by a Texas doctor.

1969 – The Boeing 747 jumbo jet got its first public preview as 191 people flew from Seattle, WA, to New York, NY. Most of the passengers were reporters and photographers.

1982 – In the first operation of its kind, doctors at the University of Utah implanted a permanent artificial heart in the chest of a retired dentist named Barney Clark. He lived 112 days with the device.

1988 – The movie “Naked Gun: From the Files of Police Squad”, starring Leslie Neilsen, premiered in theaters.

1991 – American Joseph Cicippio is released by kidnappers after five years of captivity in Lebanon.

1993 – The Space Shuttle Endeavor (STS-61) blasted off on a mission to fix the Hubble Space Telescope.

1994 – The U.S. government agreed not to seek a recall of allegedly fire-prone General Motors pickup trucks. Instead, GM agrees to spend more than $51 million on safety research.

1995 – NASA launched a U.S.-European observatory on a $1 billion mission intended to study the sun.

2001 – Enron Corp. filed for Chapter 11 reorganization. The filing came five days after Dynegy walked away from a $8.4 billion buyout. It was the largest bankruptcy in U.S. history.

2010 – NASA announced the discovery of a new arsenic-based life form.

2020 – Cannabis was removed from the list of most dangerous drugs of the international drug control treaty by the UN Commission on Narcotic Drugs.

International Day for the Abolition of Slavery

Tags: A Look Back, Celebrity Birthdays, Days of the Year, December 2, Today in History