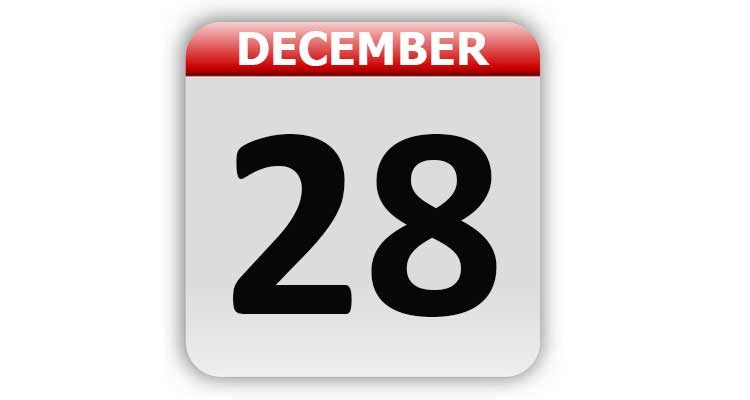 1732 – Benjamin Franklin’s “The Pennsylvania Gazette” ran an ad for the first issue of “Poor Richard’s Almanack”.

1832 – John C. Calhoun became the first Vice President of the United States to resign, stepping down over differences with President Andrew Jackson.

1877 – John Stevens applied for a patent for his flour-rolling mill. This equipment would boost production by 70%.

1912 – The first municipally-owned street cars were used on the streets of San Francisco, CA.

1973 – The Endangered Species Act was passed in the United States.

1973 – The Chamber of Commerce of Akron, OH, terminated its association with the All-American Soap Box Derby. The Chamber felt that the race had become “a victim of cheating and fraud.”

2000 – U.S. District Court Judge Matsch held a hearing to ensure that confessed Oklahoma City bomber Timothy McVeigh understood that he was dropping his appeals. McVeigh said that he wanted an execution date set, but wanted to reserve the right to seek presidential clemency.

2000 – Retail giant Montgomery Ward announced that it was going out of business after 128 years.

2015 – President Barack Obama signed a bill that banned “microbeads”. The tiny plastic beads cause many problems in the Great Lakes.

Tags: A Look Back, Celebrity Birthdays, Days of the Year, December 28, Today in History