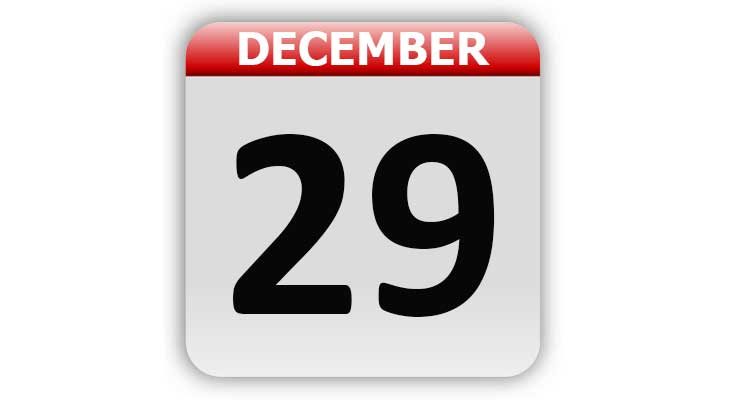 1848 – President James Polk turned on the first gas light at the White House.

1890 – The Seventh Cavalry massacred over 400 men, women and children at Wounded Knee Creek, SD. This was the last major conflict between Indians and U.S. troops.

1937 – Babe Ruth returned to baseball as the new manager of the Class D, De Land Reds of the Florida State League. Ruth had retired from baseball in 1935.

1967 – We were introduced to the furry, gentle, and slow moving Tribbles on the TV show “Star Trek”.

1975 – A bomb exploded in the main terminal of New York’s LaGuardia Airport, killing 11 people and injuring 74.

2010 – The NFL fined Brett Favre $50,000 for “failing to cooperate” with the investigation into allegations he sent inappropriate messages and lewd photos to former New York Jets game-day hostess Jenn Sterger. The league said Commissioner Roger Goodell “could not conclude” that Favre violated the league’s personal conduct policy based on the evidence that was available to him.

Tags: A Look Back, Celebrity Birthdays, Days of the Year, December 29, Today in History