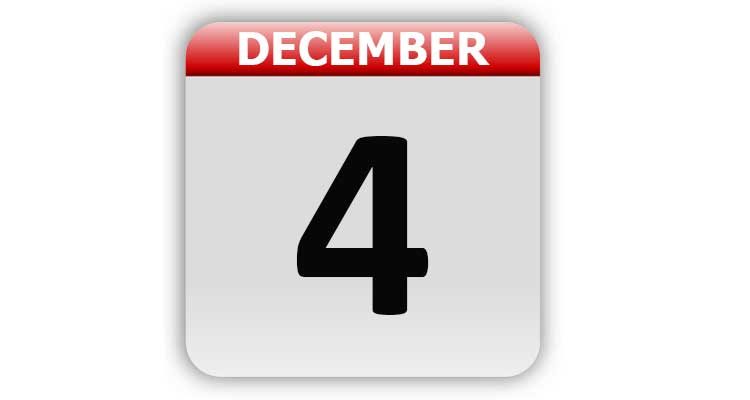 1674 – Father Jacques Marquette founded a mission on the shores of Lake Michigan to minister to the Illiniwek. The mission would later grow into the city of Chicago, IL.

1812 – Peter Gaillard received a patent for the power mower.

1844 – Baptists opened Michigan Central College in Spring Arbor, MI. It was the first college in Michigan to offer degrees to women.

1942 – President Franklin D. Roosevelt ordered the dismantling of the Works Progress Administration. The program had been created in order to provide jobs during the Great Depression.

1945 – The U.S. Senate approved American participation in the United Nations by a vote of 65 to 7.

1989 – The U.S. Supreme Court upheld a ruling that said that Prince did not steal the song, “U Got The Look” from his half-sister. Lorna Nelson had claimed the lyrics were similar to ones she had written

1990 – After MTV banned Madonna’s “Justify My Love” video, she appeared on “Nightline” to defend the video. She denied the explicit contents were intended to stir up controversy and get her publicity.

1991 – Paula Abdul was awarded a star on the Hollywood Walk of Fame.

1997 – The National Basketball Association suspended Latrell Sprewell of the Golden State Warriors for one year for choking and threatening to kill his coach, P.J. Carlesimo.

1998 – The Unity Module, the second module of the International Space Station, was launched.

2001 – O.J. Simpson’s home in Florida was raided by the FBI in an ongoing two year international investigation into drug trafficking, satellite service pilfering, and money laundering. Authorities took some satellite equipment from the home, but no drugs were found.

2017 – The Thomas Fire started near Santa Paula, CA and became the largest wildfire in the state’s modern history after burning 440 square miles (281,893 acres) in Ventura and Santa Barbara Counties.

Tags: A Look Back, Celebrity Birthdays, Days of the Year, December 4, Today in History