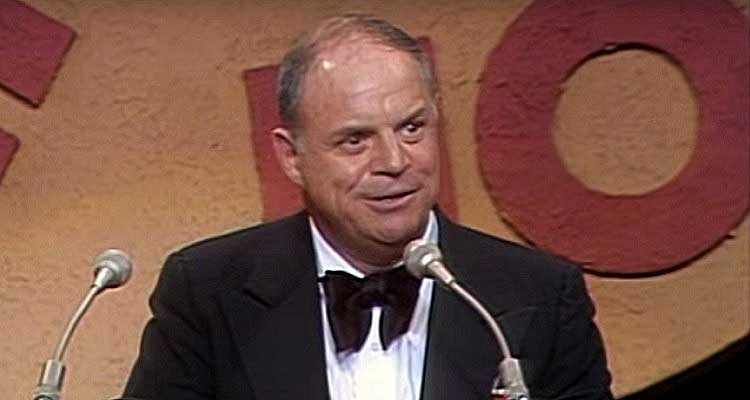 Insult comic Don Rickles, “Mr. Warmth”, has died at the age of 90. He passed away on Thursday morning, April 6th, 2017 at his home in Los Angeles, CA of kidney failure. His wife, Barbara, was at his side.

Rickles was a regular on the Dean Martin Roasts. He also appeared numerous times on “The Tonight Show” with Johnny Carson. He starred as C.P.O. Otto Sharkey on the NBC series “C.P.O. Sharkey” in the 70’s.

He also had his own television show “The Don Rickles Show” on ABC for a short time in the early 70’s. In his later years, he could be heard as the voice of Mr. Potato Head in the “Toy Story” movies.

In addition to his wife of 52 years, he is survived by a daughter Mindy, son-in-law Ed and grandchildren Ethan and Harrison. His son Larry, who produced the HBO documentary “Mr. Warmth: The Don Rickles Project”, died in December 2011 at age 41.

Funeral services will be private.

To read more about Don Rickles, here is his Wikipedia page.

Here is a video of Don Rickles roasting Frank Sinatra…