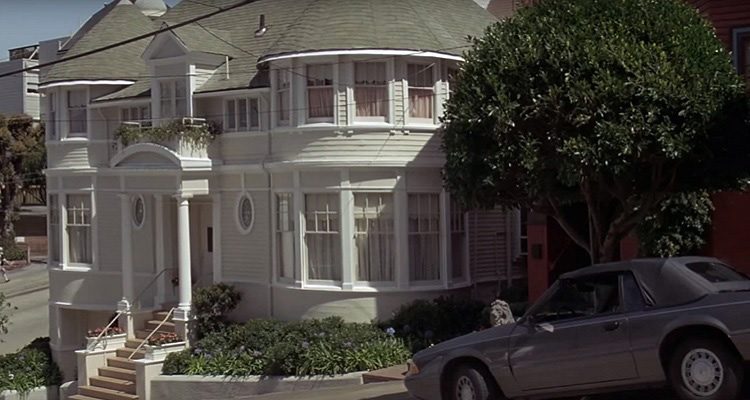 Lately there have been a lot of homes for sale that have been used in movies. If you are looking for a home in the San Francisco area, you could buy the house that was used in the 1993 film “Mrs. Doubtfire”.

The 4-bedroom, 3,300-square foot home was used as the home of Miranda and Daniel Hillard (Daniel was played by Robin Williams). Williams played a British nanny impostor in an attempt to get close to his kids during a messy divorce from his wife (played by Sally Field).

Much of the film was shot in the house. The home has undergone some remodeling over the years. The exterior is now yellow and the kitchen has been updated. Other updates include the lower-level family room and remodeled full bath with shower.

The house is on the market for $4.45 million. The current owner of the home purchased the residence in 1997 for $1.395 million. Shortly after Williams’ death it was used as a makeshift memorial.

The property is located at 2640 Steiner St. in San Francisco’s Pacific Heights neighborhood. According to the listing, it’s within walking distance of shops, cafes of Fillmore, Alta Plaza Park, and highly ranked private schools.

Here is the listing.

About a year ago, someone tried to start the house on fire.

And here is the original trailer for the movie…