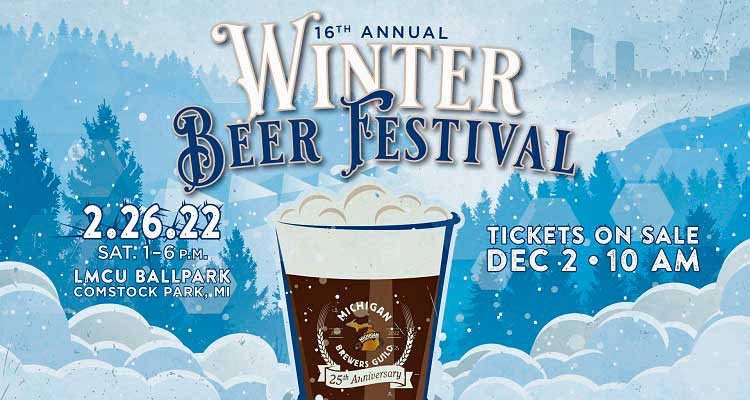 Remember the feeling you had as a kid, when your parents gave you some money and then took you to a candy store? You’ve heard the old expression “like a kid in a candy store”. That sums up how craft beer enthusiasts will be feeling this coming weekend when they attend the 16th annual Winter Beer Festival. The event will feature hundreds of fresh, local beers from Michigan’s finest breweries, plus local music, performers, ice sculptures and carving demonstrations, and fire pits to stay warm. Food will also be available for purchase.

For the longest time, I would not give in to the hype of craft beer. No many how many times friends would try to get me to try a different beer, I was bull-headed and would not sway from the big name domestic beers.

I finally gave in (someone must have caught me at a weak point and I was really thirsty!), but I decided to try a craft beer. I have been hooked ever since!

This year’s Winter Beer Festival is scheduled for Saturday, February 26th, 2022 from 1-6 pm at LMCU Ballpark in Comstock Park, MI. Thousands of people will be enjoying themselves at Michigan’s original winter craft beer celebration, held by the brewers, for the brewers.

This year you will find over 700 different beers from over 115 breweries at the event. Tickets are still available through the mibeer.com website. Tickets are $55 and include 15 tokens for 3 ounce beer samples. Your ticket purchase supports the Michigan Brewers Guild, and helps to offset the many costs associated with the festival such as beer, tents, toilets, security, music, insurance, equipment, etc.

If you want to plan your beer sampling out in advance, here is a link to download the Winter Beer Festival Program that lists the breweries who will be in attendance, and also the beers that they will be bringing to the festival!

Some of the interesting beers I found on the list:

From a person who dug his heels into the dirt and resisted craft beer for way too long,  you can see there is a beer for just about any taste you desire.

Have fun this weekend, but please drink responsibly… Don’t drink and drive.

I’ll see you there!