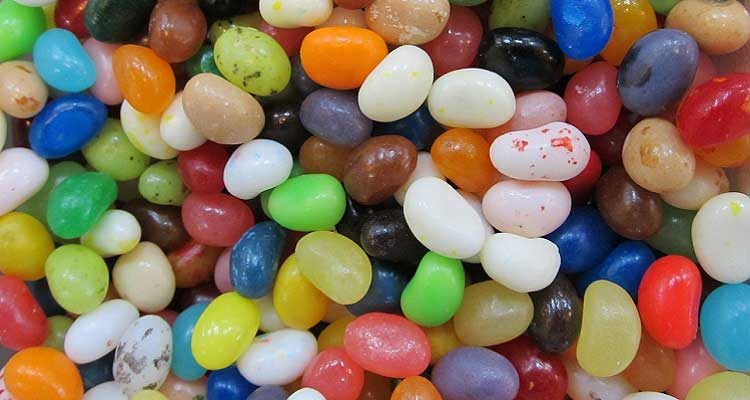 I found some interesting facts about Easter candy recently…including the favorite flavor of jelly bean — and you might be surprised!

Easter is the second biggest candy-consuming holiday. Only Halloween has more candy consumed.

Americans eat a lot of jelly beans too…more than 16 billion jelly beans! Everyone has their favorite flavor. AOL recently did a survey asking people to let them know what flavor they liked best. I was surprised at the results:

I’m think that people must have responded with some flavors of Jelly Belly jelly beans, because some of the results are not common, traditional flavors. (I don’t think I’ve every had a “Pear” flavored jelly bean!)

Black licorice as the number 1 flavor really surprised me. I HATE the black licorice jelly beans. I usually buy a bag of “beans” every Easter, and the ones that remain in the bowl and eventually get tossed…are the black ones.

So, am I the only one that hates the black licorice flavored jelly beans? Let’s do our own survey and see what you think…