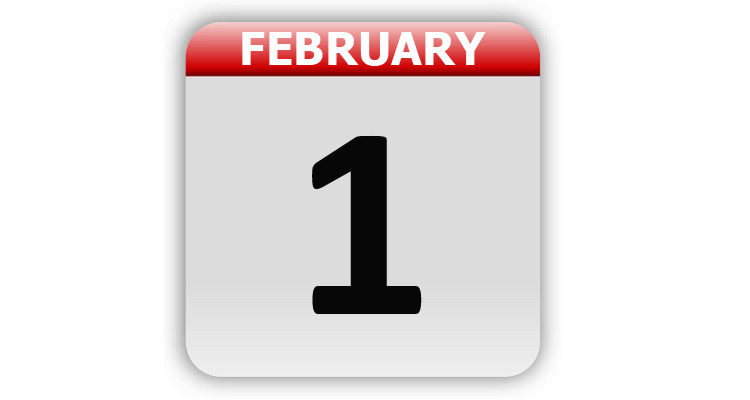 1788 – The steamboat was patented by Isaac Briggs and William Longstreet.

1867 – With the completion of I-94, Michigan becomes the first state to have an interstate highway from border to border.

1884 – The first volume (A to Ant) of the Oxford English Dictionary was published.

1898 – The first automobile insurance policy was issued by the Travelers Insurance Company of Hartford, CT. It cost Dr. Truman Martin of Buffalo, NY, $11.25 for the policy, which gave him $5,000 in liability coverage.

1900 – The $1 Brownie box camera was introduced by the Eastman Kodak Company.

1920 – The first armored car was introduced.

1951 – The first telecast of an atomic explosion took place.

1964 – The Beatles had their first number one hit in the United States with “I Want to Hold Your Hand”.

1964 – The governor of Indiana declared that the song “Louie Louie” by the Kingsmen was pornographic. He requested that the state’s radio stations not play the song.

1976 – The “Sonny and Cher” television show resumed despite the two being divorced.

1978 – Director Roman Polanski skipped bail and fled the United States to France after pleading guilty to charges of having sex with a 13 year old girl.

1979 – Patty Hearst was released from prison after serving 22 months of a seven-year sentence for bank robbery. Her sentence had been commuted by President Jimmy Carter.

1985 – Glenn Frey made his acting debut as a pilot on an episode of “Miami Vice” that is based on his song “Smuggler’s Blues”.

1987 – Terry Williams won the largest slot machine payoff, at the time, when won $4.9 million after getting four lucky 7’s on a machine in Reno, NV.

1994 – Jeff Gillooly pleaded guilty in Portland, OR, for his role in the attack on figure skater Nancy Kerrigan. Gillooly, Tonya Harding’s ex-husband, struck a plea bargain in which he confessed to racketeering charges in exchange for testimony implicating Harding.

1996 – Visa and Mastercard announced security measures that would make it safe to shop on the Internet.

1998 – Stuart Whitman received a star on the Hollywood Walk of Fame.

2002 – Actress Winona Ryder was charged with four felony counts that stemmed from her shoplifting arrest on December 12, 2001. She was charged with theft, burglary, vandalism and possession of a controlled substance.

2002 – Daniel Pearl, an American journalist and South Asia Bureau Chief of the Wall Street Journal, was beheaded and mutilated by his captors. He was kidnapped on January 23, 2002.

2003 – NASA’s Space Shuttle Columbia (STS-107) disintegrated during re-entry to the Earth’s atmosphere. All seven astronauts on board died.

2004 – Janet Jackson’s breast was briefly exposed on national television by Justin Timberlake during the Super Bowl 38 halftime show in Houston. She later offered a tearful apology and CBS was fined $550,000 by the FCC for what was termed a “wardrobe malfunction”. As a result, broadcasters adopted a stronger adherence to the Federal Communications Commission censorship guidelines.

2008 – Britney Spears was committed to a mental hospital as “a danger to herself and others”.

2010 – More than 80 artists gathered to record the remake of “We Are The World”. The next day Janet Jackson laid down her version of Michael Jackson’s part. The song premiered at the opening of the Winter Olympics on February 12.

National Get Up Day

Tags: A Look Back, Celebrity Birthdays, Days of the Year, February 1, Today in History