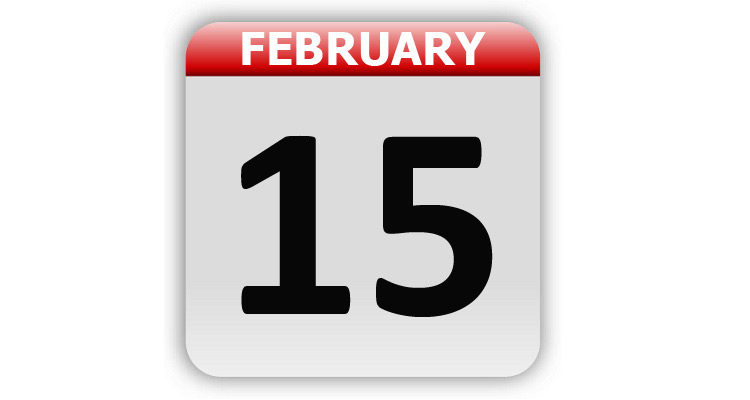 1758 – Mustard was advertised for the first time in America.

1799 – Printed ballots were authorized for use in elections in the state of Pennsylvania.

1842 – Adhesive postage stamps were used for the first time by the City Dispatch Post (Office) in New York, NY.

1879 – President Rutherford B. Hayes signed a bill that allowed female attorneys to argue cases before the U.S. Supreme Court.

1926 – First Airmail Flight in the United States. It went from Dearborn, MI to Cleveland, OH.

1946 – Edith Houghton, at age 33, was signed as a baseball scout by the Philadelphia Phillies becoming the first female scout in the major leagues.

1946 – ENIAC, the first electronic general purpose computer, was formally dedicated at the University of Pennsylvania in Philadelphia, PA.

1958 – The TV program “The Dick Clark Show” debuted on ABC. Connie Francis, Pat Boone and Jerry Lee Lewis were the first performers to appear on the show.

1960 – The pilot episode of “The Andy Griffith Show” aired as an episode of Danny Thomas’ weekly sitcom. Thomas’ “Danny Williams” character got a speeding ticket while driving through the small town of Mayberry, NC. There, he meets “Sheriff Andy Taylor” and his son “Opie.” Reaction to the half hour was so positive that CBS gave the show the go ahead for the following fall.

1962 – CBS TV bought the exclusive rights to college football games from the National Collegiate Athletic Association (NCAA) for a figure of $10,200,000.

1965 – Canada displayed its new red and white maple leaf flag. The flag was to replace the old Red Ensign standard.

1985 – The Center for Disease Control reported that more than half of all nine-year-olds in the U.S. showed no sign of tooth decay.

1985 – The John Hughes movie, “The Breakfast Club”, was released in theaters.

1992 – Serial killer Jeffrey Dahmer was sentenced in Milwaukee, WI to life in prison.

1995 – The FBI arrested Kevin Mitnick and charged him with cracking security in some of the nation’s most protected computers. He served five years in jail.

Tags: A Look Back, Celebrity Birthdays, Days of the Year, February 15, Today in History