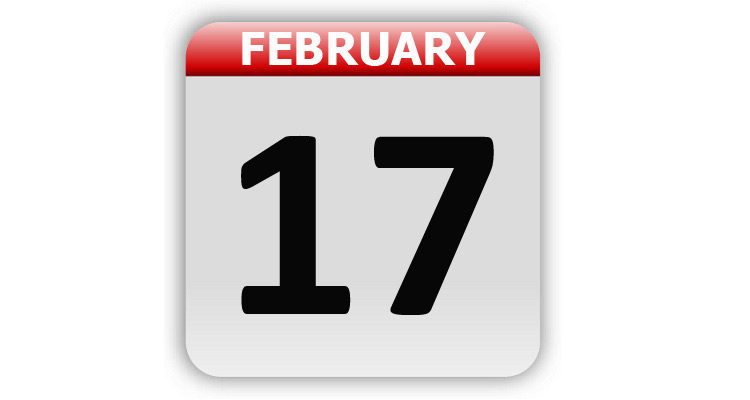 1817 – In Baltimore, MD, gas-lit streetlights were used for the first time.

1876 – Julius Wolff became the first person to can sardines.

1878 – In San Francisco, CA, the first large city telephone exchange opened. It had only 18 phones.

1897 – The National Congress of Mothers was organized in Washington, DC, by Alice McLellan Birney and Phoebe Apperson Hearst. It was the forerunner of the National PTA.

1933 – The magazine “Newsweek” was published for the first time.

1933 – The Blaine Act ended Prohibition in the United States.

1964 – In Wesberry vs. Sanders, the U.S. Supreme Court ruled that congressional districts within each state had to be approximately equal in population.

1965 – The Ranger 8 probe launched on its mission to take photos of the Mare Tranquillitatis region of the Moon in preparation for the manned Apollo missions.

1992 – In Milwaukee, WI, serial killer Jeffrey Dahmer was sentenced to life in prison. In November of 1994, he was beaten to death in prison.

1996 – NASA’s Discovery Program began as the NEAR Shoemaker spacecraft lifted off on the first mission ever to orbit and land on an asteroid (433 Eros).

2002 – “Harry Potter and the Sorcerer’s Stone” passed “Star Wars: Episode One” to become the second highest-grossing movie of all time, earning $926 million at the box office. “Titanic”, with ticket sales of $1.8 billion remained the leader.

2007 – Britney Spears checked into — then out of — rehab, and had her head shaved at a California salon.

2014 – Jimmy Fallon made his debut as host of television’s “The Tonight Show” on NBC.

Introduce a Girl to Engineering Day

Tags: A Look Back, Celebrity Birthdays, Days of the Year, February 17, Today in History