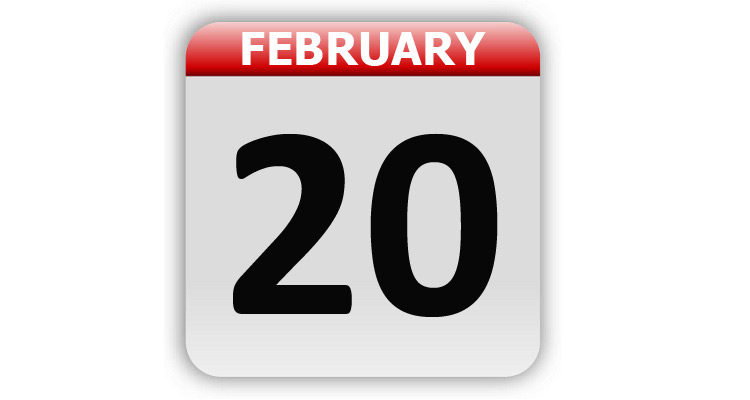 1809 – The U.S. Supreme Court ruled the power of the Federal government was greater than that of any individual state.

1839 – Congress prohibited dueling in the District of Columbia.

1872 – Luther Crowell received a patent for a machine that made paper bags.

1880 – The American Bell Company was incorporated.

1933 – The U.S. House of Representatives completed congressional action on the 21st Amendment to repeal Prohibition.

1962 – John Glenn made space history when he orbited the World three times in 4 hours, 55 minutes. He was the first American to orbit the Earth. He was aboard the Friendship 7 Mercury capsule.

1965 – Ranger 8 crashed on the Moon after sending back thousands of pictures of the Moon’s surface. The spacecraft was taking pictures of possible landing sites for the Apollo astronauts.

1971 – The Emergency Broadcast System was accidentally activated in an erroneous national alert.

1976 – KISS placed their footprints on the sidewalk outside the Grauman Chinese Theater in Hollywood.

1987 – A bomb exploded in a computer store in Salt Lake City, UT. The blast was blamed on the Unabomber.

1997 – Ben and Jerry’s introduced their ice cream Phish Food. It was named after the rock group Phish.

2002 – It’s revealed that Lance Bass of ‘N Sync was hoping to become an astronaut and take part in a November mission to the International Space Station.

2003 – The Station nightclub in West Warwick, RI caught fire during a pyrotechnics display at a Great White concert, killing 100 people including the band’s guitarist, Ty Longley and injuring nearly 200. It’s the worst such disaster in U.S. history.

2008 – The U.S. Navy destroyed an inoperable spy satellite with a missile from the USS Lake Erie.

Tags: A Look Back, Celebrity Birthdays, Days of the Year, February 20, Today in History