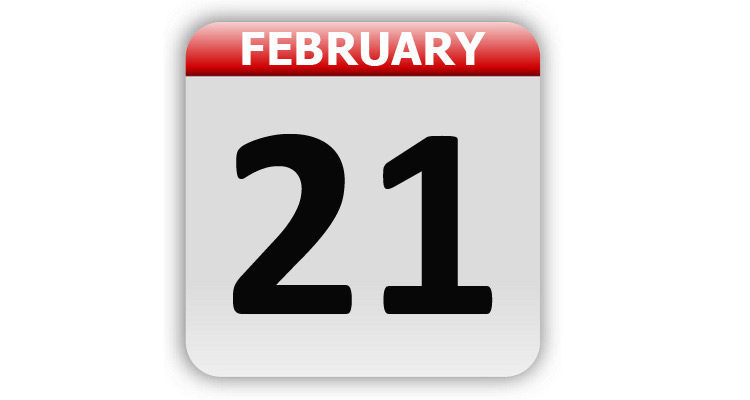 1858 – The first electric burglar alarm was installed in Boston, MA.

1866 – Lucy B. Hobbs became the first woman to graduate from a dental school. The school was the Ohio College of Dental Surgery in Cincinnati.

1878 – The first telephone directories issued in the U.S. were distributed to residents in New Haven, CT. It was one page with only fifty names.

1885 – The newly completed Washington Monument was dedicated in Washington, D.C.

1904 – The National Ski Association was formed in Ishpeming, MI. The town is known as the birthplace of organized skiing in America.

1947 – In New York, NY, Edwin Land demonstrated the Polaroid Land Camera to the Optical Society of America. It was the first camera that could take, develop and print a black and white picture on photo paper in about a minute. The camera went on sale in 1948.

1958 – The first Flying V guitar, by Gibson, was shipped from a factory in Kalamazoo, MI.

1965 – Controversial black leader Malcolm X, 39, was shot to death during an appearance at the Audubon Ballroom in New York, NY. The assassins were identified as Black Muslims.

1968 – McGraw-Hill, Inc. outbid eight other American publishers for the U.S. rights to Hunter Davies’ authorized biography of the Beatles. They paid $150,000 for the rights.

1968 – An agreement between baseball players and club owners increased the minimum salary for major league players to $10,000 a year.

1975 – Former U.S. Attorney General John N. Mitchell and former White House aides H.R. Haldeman and John D. Ehrlichman were sentenced to 2-1/2 to 8 years in prison for their roles in the Watergate cover-up.

1988 – In Baton Rouge, LA, TV evangelist Jimmy Swaggart confessed to his congregation that he was guilty of an unspecified sin. He announced that he was leaving the pulpit temporarily. It later came out that he had been having sex with a prostitute.

1995 – Chicago stockbroker Steve Fossett landed in Leader, Saskatchewan, Canada and became the first person to fly solo across the Pacific Ocean in a balloon.

1997 – Wheel of Fortune debuted their all new digital puzzle board. Vanna White no longer has to turn the letter around. Now she just taps the letter and it lights up.

2000 – David Letterman returned to “The Late Show” about five weeks after having an emergency quintuple heart bypass operation. At his request, Foo Fighters perform “Everlong.” He introduced them as “my favorite band playing my favorite song.”

2007 – Apple secured the rights to the name iPhone following a settlement with Cisco Systems.

Tags: A Look Back, Celebrity Birthdays, Days of the Year, February 21, Today in History