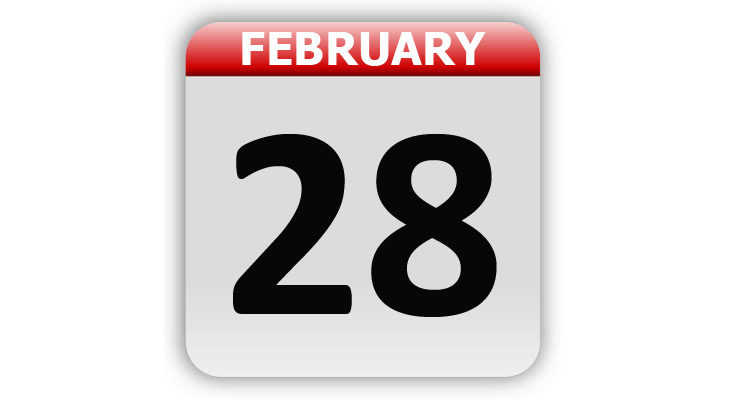 1827 – The Baltimore & Ohio Railroad became the first railroad incorporated for commercial transportation of people and freight.

1849 – Regular steamboat service to California via Cape Horn arrived in San Francisco for the first time. The SS California had left New York Harbor on October 6, 1848. The trip took 4 months and 21 days.

1854 – The Republican Party was organized in Ripon, WI. About 50 slavery opponents began the new political group.

1885 – AT&T (American Telephone and Telegraph) was incorporated. The company was capitalized on only $100,000 and provided long distance service for American Bell.

1954 – The first color television sets using the NTSC standard were offered for sale to the general public.

1956 – A patent was issued to Forrester for a computer memory core.

1983 – The final episode of the television show “M*A*S*H” aired with almost 106 million viewers. It became the most watched TV series finale in history.

1993 – Agents of the Bureau of Alcohol, Tobacco and Firearms storm the Branch Davidian compound in Waco, TX. The ATF had planned to arrest the leader of the Branch Davidians, David Koresh, on federal firearms charges. Gunfire erupts and four agents and six Davidians were killed. A 51-day standoff followed.

1994 – The Brady Law, which imposed a waiting period to buy a handgun, went into effect.

2002 – It was announced that John Madden would be replacing Dennis Miller on “Monday Night Football.” Madden signed a four-year $20 million deal with ABC Sports.

2007 – NASA’s New Horizons spacecraft made a gravitational slingshot against Jupiter to change the planned trajectory towards Pluto.

2007 – The Doors were given a star on the Hollywood Walk of Fame.

Tags: A Look Back, Celebrity Birthdays, Days of the Year, February 28, Today in History