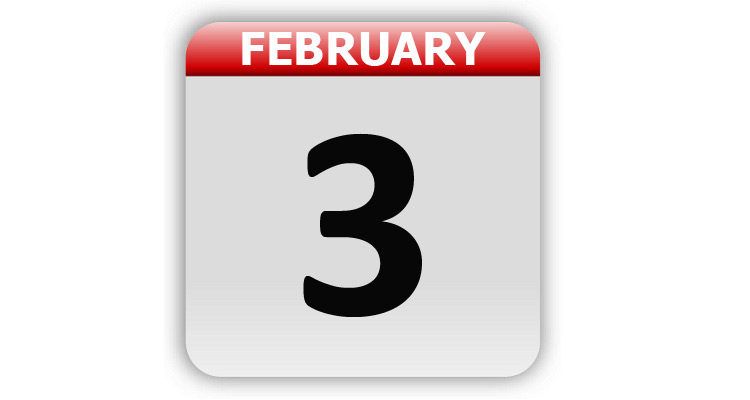 1690 – The colony of Massachusetts issued the first paper money in America. The currency was used to pay soldiers that were fighting in the war against Quebec.

1809 – The territory of Illinois was created by the 10th United States Congress.

1815 – The world’s first commercial cheese factory was established in Switzerland.

1838 – The Michigan Central Railroad began service. It took V.I.P.’s from Detroit to Ypsilanti. The cars and engine were hauled back to Detroit by horses after the engine broke down.

1862 – Thomas Edison printed the “Weekly Herald” and distributed it to train passengers traveling between Port Huron and Detroit, MI. It was the first time a newspaper had been printed on a train.

1870 – The Fifteenth Amendment to the Constitution was ratified, guaranteeing voting rights to citizens regardless of race.

1913 – The 16th Amendment to the U.S. Constitution was ratified. It authorized the power to impose and collect a federal income tax.

1927 – The Federal Radio Commission is created by President Calvin Coolidge.

1977 – The airing of the eighth and final night of the television mini-series based on Alex Haley’s “Roots” scored the highest ratings ever for a single TV program.

1983 – The Sony and Philips corporations announce the development of the compact disc.

1984 – John Buster and the research team at Harbor-UCLA Medical Center announced the first embryo transfer, from one woman to another resulting in a live birth.

1995 – Astronaut Eileen Collins became the first woman to pilot the Space Shuttle as mission STS-63 got underway from Kennedy Space Center in Florida.

1998 – Novelist Tom Clancy was one of the investors who agreed to buy the Minnesota Vikings for more than $200 million, which was a record price for an NFL team.

2009 – Eric Holder was sworn in as attorney general. He was the first African-American to hold the post.

2015 – The British House of Commons voted to approve letting scientist create babies from the DNA of three people.

2019 – Tom Brady and the New England Patriots defeated the Los Angeles Rams 13-3 in Super Bowl 53 in Atlanta, GA. It was the Pat’s sixth championship.

2020 – The United States declared a Public Health Emergency due to COVID-19.

Tags: A Look Back, Celebrity Birthdays, Days of the Year, February 3, Today in History