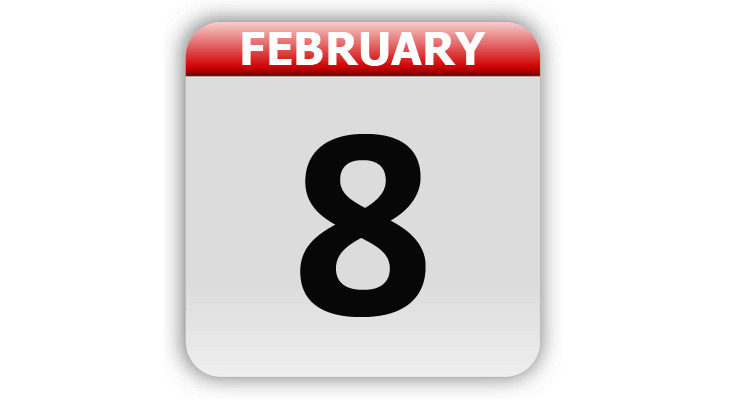 1692 – A doctor in Salem Village, Massachusetts Bay Colony suggested that two girls in the family of the village minister may be suffering from bewitchment, leading to the Salem witch trials.

1861 – The Confederate States of America was formed.

1896 – The Western Conference was formed by representatives of Midwestern universities. The group changed its name to the Big 10 Conference.

1910 – The Boy Scouts of America was incorporated by William D. Boyce.

1922 – The White House began using radio after President Warren Harding had it installed.

1936 – The first National Football League draft was held. Jay Berwanger was the first to be selected, by the Philadelphia Eagles.

1960 – The first eight brass star plaques were installed on the Hollywood Walk of Fame. The first star was for director Stanley Kramer.

1963 – The Kennedy administration prohibited travel to Cuba and made financial and commercial transactions with Cuba illegal for U.S. citizens.

1963 – Lamar Hunt, owner of the American Football League franchise in Dallas, TX, moved the operation to Kansas City and names the new team the Chiefs.

1969 – George Harrison’s tonsils were removed at London’s University College Hospital. The tonsils were destroyed so they could not be sold.

1969 – The last issue of the “Saturday Evening Post” was published. It was revived in 1971 as a quarterly publication and later a 6 times a year publication.

1971 – The Nasdaq stock-market index opened for the first time.

1974 – After 84 days in space, the three-man crew of Skylab 4, the last crew to visit the American Space Station Skylab, returned to Earth.

1978 – Senate deliberations were broadcast on radio for the first time. The subject was the Panama Canal treaties.

1993 – General Motors sued NBC, alleging that the news program “Dateline NBC” had rigged two car-truck crashes to show that some GM pickups were prone to fires if hit in certain places. NBC settled the suit the following day.

2001 – Producers of “Baywatch” announced that the show would end in May. The series launched the careers of Pamela Anderson, Yasmine Bleeth and Carmen Electra.

2010 – MTV dropped the “Music Television” moniker from its logo.

2012 – Elizabeth Taylor’s collection of artworks by Vincent Van Gogh, Camille Pissarro, and Edgar Degas sold for over $17 million at Christie’s in London.

Laugh and Get Rich Day

Tags: A Look Back, Celebrity Birthdays, Days of the Year, February 8, Today in History