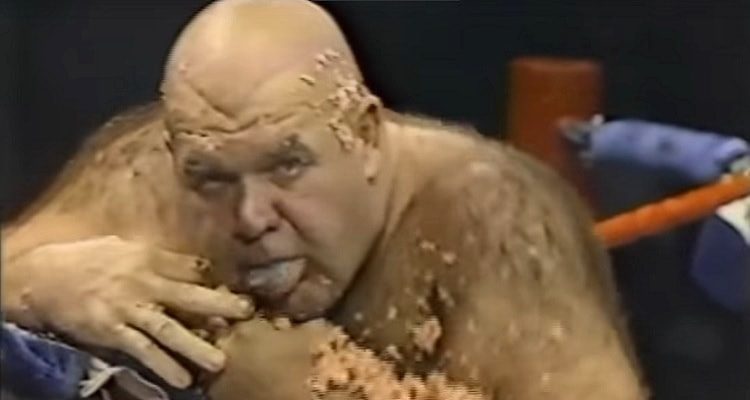 WWE legend William James Myers, better known by his wrestling name George “The Animal” Steele, died on Friday, February 17, 2017, at the age of 79. In 1988, he had been diagnosed with Crohn’s disease. In 2002 he had his colon removed. Steele had spent time in hospice care for parts of the last nine months.

The WWE remembered Steele as “one of the wildest and most unpredictable Superstars in sports-entertainment history.” Steele was inducted into the the WWE Hall of Fame in 1995.

In the late 60’s that Steele got into pro-wrestling. He went by the name “The Student” and wore a mask to protect his identity as a teacher and coach. Eventually Steele became “The Animal” and was known for much of his career as a villain. Steele earned the nickname, “The Animal”, for the way he tore up turnbuckles with his teeth while sticking out his green tongue.

He is survived by his wife Pat, their two sons Dennis and Randy and daughter, Felicia.

To read more about George “The Animal” Steele, here is his Wikipedia page.