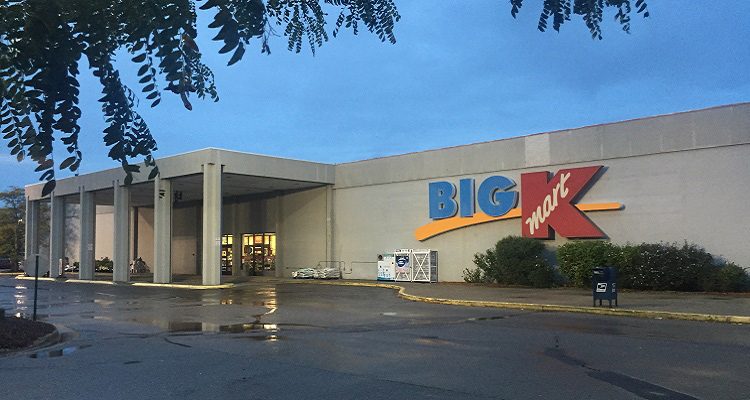 It was announced on Friday that the last two Kmart stores in the Grand Rapids area will soon be closing.

The stores are now owned by Sears Holding Corp. The company said the stores were closing due to poor sales.

The Kmart stores located on 68th Street in Byron Township and the one on Plainfield Avenue in Grand Rapids are expected to close in mid-December. The stores are expected to remain open for customers until then. The store liquidation sales will begin on Thursday, September 22, 2016.

If you still want to shop at a Kmart, the store’s website shows 38 stores currently in the state of Michigan. The other closest stores to the Grand Rapids area would be in Muskegon, Hastings, or Greenville.

At one time, we had a Kmart in just about every corner of the city. There was the one on Alpine, just north of I-96. We had another one on 28th St. and Buchanan Avenue on the southwest side. There was another store on 28th street just east of what was then Eastbrook Mall (now Shops at Centerpoint). And there was another Kmart in Jenison (if I remember correctly that building then became a Target and is now the At Home store).

As a child I remember going to the Alpine store on the city’s northwest side. I can still remember much of the layout of the store. At one time there was an Eberhard’s grocery store on the south end of of the building. That later became Showbiz Pizza and then Chucky Cheese (which is now across the street from the original location).

There was something about walking into the store and walking by the display case with the sub sandwiches. I don’t know what Kmart did differently, but I loved those things. It’s too bad Subway or another sub shop couldn’t some how replicate those sandwiches. I’d buy them for sure.

And we can’t forget the “Blue Light Specials”! Walking around the store, waiting for the announcement to come over the PA as to just what the next item on special would be. To locate the sale item, just look up and find the flashing “blue light”. People would rush from all corners of the store to save a few cents on whatever was the featured item for that moment.

If you shopped and worked up an appetite, you could always grab a full meal at the Kmart cafeteria, located conveniently in the store. I was always surprised how many people would be in there eating. Maybe I’m just not a good enough shopper, because I never worked up that much of an appetite that I had to find a place to eat immediately before I even left the store!

And if you needed tires or service for your automobile, there was usually a car care center located in the parking lot in front of the store.

I miss those stores, although I haven’t been in a Kmart in probably 10 years. The one thing that always stood out about the Alpine store (I’m not sure if they were all this way)… If you needed to use the restroom, you had to go up to a window and tell someone, so they could push a buzzer to unlock the door for you. Nothing like announcing to everyone nearby that you were using the bathroom!

RIP Kmart. You served us well over the years. I wonder if I can find one of those square wooden carts with the pole and the “blue light” on top that they pushed around in the stores? I’ll have to keep my eye out for one on ebay?

Here is a video on the history of Kmart. It includes some photos of the old stores and even a few TV commercials…