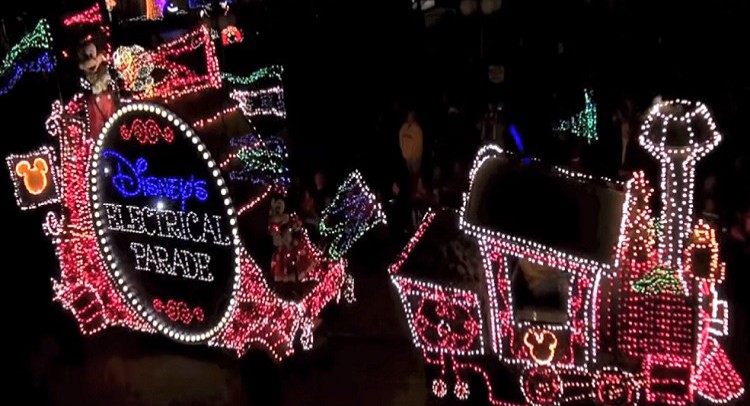 It was back in 1979. My grandparents, Jack and Norma Winters, loaded all 7 of us grandchildren into a passenger van, and drove us on a vacation to Florida. We ranged in age from 16 (me) to 8 years old.

This was not the first trip my grandparents had taken us on. It was a yearly traditional that went on for about 5 or 6 years. This was the biggest — and final trip — that we all went on together. At this point we were all getting too old, and too busy, to climb into a van and go traveling with “Grandpa and Grandma”. I look back on those trips with very fond memories!

One of the main things I can remember about our trip to the “Magic Kingdom” was the parade that they held every night after dark. It was call the “Main Street Electrical Parade”. I remember being amazed at all the lights, and wondering how, in 1979, they could power all those lights on moving parade floats…and there wasn’t a single extension cord to be found!

Last week I announced that the final days for the “Mean Streak” roller coaster at Cedar Point were counting down. Sadly, I have to make a similar announcement for the Main Street Electrical Parade.

According to the Disney Parks Blog, the parade will roll down the Main Street of the Magic Kingdom, in Orlando, for the final time on Sunday, October 9th, 2016. The parade will be shipped to their Disneyland Park in California for limited run. There is no official word on how long it will be at Disneyland, or what will be replacing it at either location.

I would have liked to have seen this marvel of a parade for one final time, but I don’t think that’s going to happen. I’ll have to just remember it from 1979, or search for a few YouTube videos of more recent parades.

Here is a video, released by Disney to USA Today:

You will be missed Main Street Electrical Parade! It was one of the main things I remember from my visit after almost 40 years. What an impression it must have made on me.

To read the official announcement, here is the link for the Disney Parks Blog.

Here are couple YouTube Videos of the Parade (in High Definition) for your viewing pleasure:

Have you seen the parade? What are your thoughts on it being “retired”? Leave your comments below…