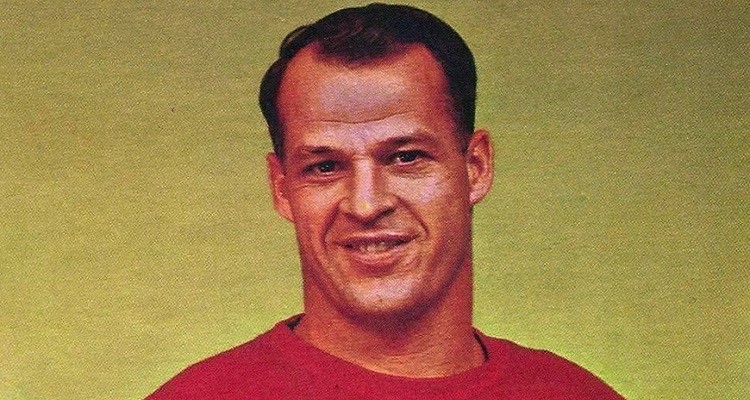 Hockey fans are mourning the loss of legendary hockey great Gordie Howe. He died on Friday, June 10, 2016 at the age of 88.

Howe had been in poor health. He suffered a stroke back in October of 2014. He then suffered another stroke a short time later. Advanced stages of dementia, back pain and high blood pressure slowly took it’s toll on Gordie. He is survived by his four adult children. His wife Colleen died in 2009.

A little about Gordie’s career:

“Mr. Hockey” spent most of his career playing for the Detroit Red Wings.

Keep in mind Gordie played hockey before helmets were required (that began at the start of the 1979-80 season). Injuries took their toll on Howe over the years. He needed more than 400 stitches to close cuts, lost several teeth, broke ribs and nose. In 1950, he had a serious head injury that led to emergency surgery to relieve pressure on his brain.

I had the opportunity to meet Gordie and his wife back when the Grand Rapids Griffins were just getting started at the Van Andel Arena. If I remember correctly, Gordie was promoting a book (possibly “After the Applause”) in the mid 90s. He couldn’t have been a nicer man. Gordie and I also shared the same birth date… March 31st. Gordie was born in 1928. I was born in 1963.

To read more about the life and career of Gordie Howe, here is his page on Wikipedia.org.