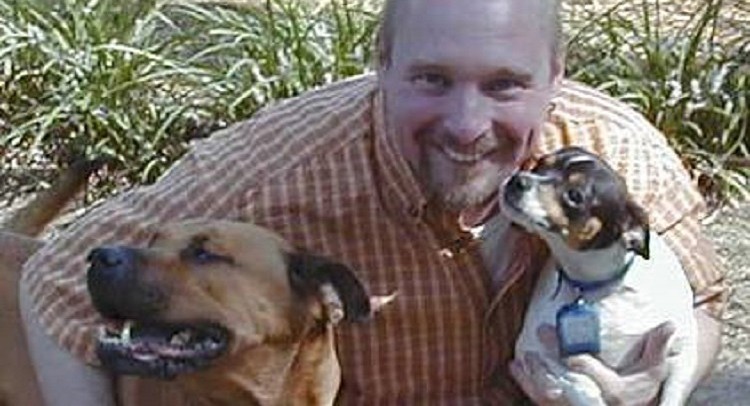 Five Great Reasons to Have a Dog

I have had dogs for many years. Once I got my first house, I bought myself a housewarming gift…it was a loveable Old English Sheepdog puppy named “Barney”.

I have also have two Newfoundlands…”Tally” and “Molly Brown”.

There was a Sharpei named “King”.

And of course there is  my mutt “Scooby” and  my (b)rat terrier “Moose” — who are still alive and doing well.

I have known for several years the therapeutic value of having a dog. Now the Bustle website has also declared that not only are dogs our best friend, but they can actually improve our health…

1. Dogs can reduce stress levels: Studies have found that dog owners have lower heart rates and lower blood pressure. Dog owners also tend to be in better physical shape because they need to walk or run their dogs every day. Exercise itself is also a great stress reliever.

2. They decrease depression: The University of Portsmouth did a study in  2006 where they found that taking care of a dog reduces the risk of depression. Part of that might be all the unconditional love that dogs give their owners.

4. Dogs can detect cancer and other illnesses: Research has shown that our canine friends are able to detect cancer, low blood sugar, and even seizures before they happen. Some dogs have even been trained to be therapy dogs or seizure dogs.

5. We become more social: A Warwick University study found that 40% of dog owners said they made friends more easily because of their dog.

My dogs are getting up there in years…”Scooby” is at least 14 (she’s a rescue so we aren’t sure, but I’ve had her for 13 years) and “Moose” will be 12 at the end of the year. I am so thankful they are both fairly healthy dogs. Oh, we’ve had our health scares over the years with lumps, hematomas, rashes, illnesses, and vestibular disease, but they have pulled through and are doing well.

Earlier this year, I thought I was going to lose “Scooby”. I woke up to the sound of her thrashing around down in the living room. She was trying to stand up, but as soon as she stood, she would tumble right back over. I rushed her to the vet thinking the poor girl had a stroke, but it was diagnosed as vestibular disease. Over time she has regained her balance and her life has returned somewhat back to the lifestyle she was used to living. (As always a big THANKS to Dr. Kirsten and Dr. Denise at Bridges Animal Hospital in Ada).

I took this video this morning. It is so hard to believe that a dog that could barely stand 6 months ago, is now back out running her laps around the backyard — at 14 years old! (I’ll do the math for you…that’s 98 in dog years!)

Leave a comment and tell me about your pet, whether it’s a dog, cat, bird, reptile, etc.