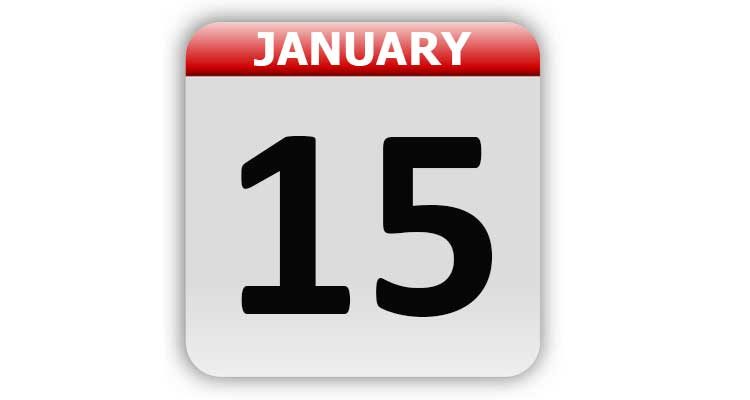 1844 – The University of Notre Dame received its charter from the state of Indiana.

1870 – A donkey was used to symbolize the Democratic Party for the first time in a cartoon by Thomas Nast titled “A Live Jackass Kicking a Dead Lion”. The cartoon appeared in “Harper’s Weekly”.

1889 – The Coca-Cola Company, then known as the Pemberton Medicine Company, was incorporated in Atlanta, GA.

1892 – The rules of basketball were published for the first time in “Triangle” magazine in Springfield, MA, where the game originated. The original rules involved attaching a peach basket to a suspended board.

1913 – The first telephone line between Berlin and New York was inaugurated.

1919 – A large molasses tank in Boston, MA, burst and sent a wave of molasses through the streets, killing 21 people and injuring 150 others.

1936 – The first building to be completely covered in glass, that was built for the Owens-Illinois Glass Company Laboratory, was completed in Toledo, OH.

1943 – The Pentagon was dedicated as the world’s largest office building. The structure covers 34 acres of land and has 17 miles of corridors.

1953 – Harry S. Truman became the first President to use radio and television to give his farewell as he left office.

1955 – The first solar-heated, radiation-cooled house was built by Raymond Bliss in Tucson, AZ.

1967 – The Rolling Stones performed on TV’s “Ed Sullivan Show” and were forced to change their lyrics of “Let’s Spend the Night Together” to “Let’s Spend Some Time Together”.

1976 – Sara Jane Moore was sentenced to life in prison for her attempt on the life of President Gerald Ford in San Francisco, CA.

1987 – Paramount Home Video announced that it would run a commercial at the front of one of its video releases for the first time. The 30 second Diet Pepsi spot was placed on the videocassette for the movie”Top Gun”.

2003 – The U.S. Supreme Court ruled that the U.S. Congress had permission to repeatedly extend copyright protection.

2005 – ESA’s SMART-1 lunar orbiter discovered elements such as calcium, aluminum, silicon, iron and other surface elements on the moon.

Tags: A Look Back, Celebrity Birthdays, Days of the Year, January 15, Today in History