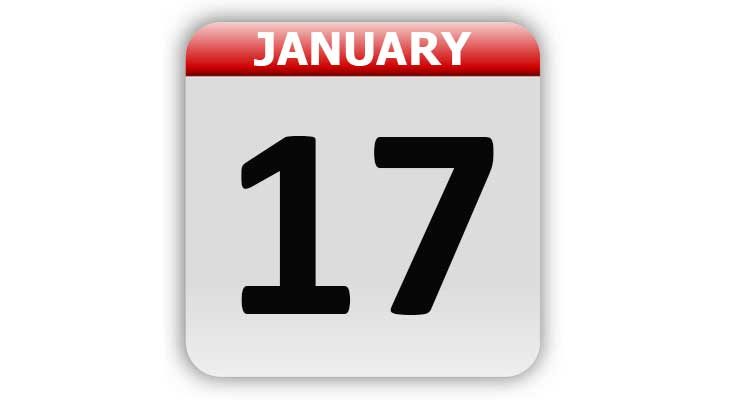 1871 – A patent for a cable car system was given to Andrew S. Hallidie.

1900 – Mormon Brigham Roberts was denied a seat in the U.S. House of Representatives for his practicing of polygamy.

1912 – English explorer Robert Falcon Scott reached the South Pole. Norwegian Roald Amundsen had beaten him there by one month. Scott and his party died during the return trip.

1913 – All partner interests in 36 Golden Rule Stores were consolidated and incorporated in Utah into one company. The new corporation was the J.C. Penney Company.

1916 – The Professional Golfers Association was formed in New York, NY.

1928 – The fully automatic, film-developing machine was patented by A.M. Josepho.

1934 – Ferdinand Porsche submitted a design for a people’s car, a “Volkswagen,” to the new German Reich government.

1949 – “The Goldbergs”, the first sitcom on American television, debuted.

1966 – NBC ordered 32 episodes of “The Monkees” for its upcoming fall television schedule.

1966 – A B-52 carrying four H-bombs collided with a refuelling tanker over Spain. Three 70-kiloton nuclear bombs were released near the town of Palomares and another one into the sea. Seven airmen were killed.

1977 – Double murderer Gary Gilmore became the first to be executed in the U.S. in a decade. The firing squad took place at Utah State Prison.

1983 – The tallest department store in the world, Hudson’s flagship store in downtown Detroit, closed due to high cost of operating.

1985 – Leonard Nimoy received a star on the Hollywood Walk of Fame.

1994 – The Northridge earthquake rocked Los Angeles, CA, registering 6.7 on the Richter Scale, killing at least 61 people and causing about $20 billion in damage.

1996 – Pink Floyd was officially inducted into the Rock ‘n’ Roll Hall of Fame.

1997 – The movie “Beverly Hills Ninja”, starring Chris Farley, premiered in theaters. It would be the last of his films to be released while he was still alive.

1998 – President Bill Clinton gave his deposition in the Paula Jones sexual harassment lawsuit against him. He was the first President to testify as a defendant in a criminal or civil lawsuit while in office.

1998 – Matt Drudge broke the story of the Bill Clinton-Monica Lewinsky affair on his website thedrudgereport.com.

2006 – The fifth season premiere of TV’s “American Idol” was the show’s highest rated episode ever.

2013 – Former cyclist Lance Armstrong confessed to his doping on “Oprah’s Next Chapter.”

Tags: A Look Back, Celebrity Birthdays, Days of the Year, January 17, Today in History