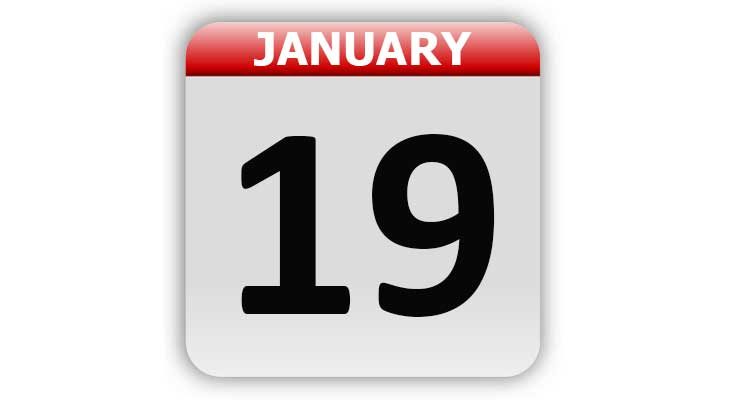 1841 – The State of Michigan’s first farm magazine, the “Western Farmer”, was published. The first issue had 8 pages and 100 readers.

1915 – George Claude, of Paris, France, patented the neon discharge tube for use in advertising signs.

1952 – The National Football League (NFL) bought the franchise of the New York Yankees from Ted Collins. The franchise was then awarded to a group in Dallas on January 24.

1955 – President Dwight Eisenhower allowed a filmed news conference to be used on television (and in movie newsreels) for the first time.

1957 – Philadelphia comedian, Ernie Kovacs, did a half-hour TV show without saying a single word of dialogue.

1963 – The Bluegrass duo Flatt and Scruggs topped Billboard’s country chart with “The Ballad of Jed Clampett,” the theme song from “The Beverly Hillbillies”.

1977 – Snow fell in Miami, FL. This was the only time in the history of the city that snow had fallen. It also fell in the Bahamas.

1978 – The last Volkswagon Beetle made in Germany leaves the VW plan in Emden. Beetle production continued in Latin America until 2003.

1979 – Former U.S. Attorney General John N. Mitchell was released on parole after serving 19 months at a federal prison in Alabama.

1983 – The Apple Lisa, the first commercial personal computer from Apple Inc. to have a graphical user interface and a computer mouse, was announced.

1990 – The movie “Tremors”, starring Kevin Bacon, made its premiere in theaters.

1994 – The Animals, The Band, Duane Eddy, The Grateful Dead, Elton John, John Lennon, Bob Marley and Rod Stewart are inducted into the Rock and Roll Hall of Fame.

1999 – The Supreme Court refused to hear a 1998 lawsuit brought by ticket buyers against TicketMaster, claiming that the firm engaged in anti-competitive behavior and price-fixing with promoters.

1999 – RIM released their first Blackberry. It was a two-way pager that could receive email. It was named after it’s keyboard’s likeness to the fruit.

2006 – The New Horizons probe was launched by NASA on the first mission to investigate Pluto.

2011 – Jennifer Lopez made her debut as a judge on TV’s “American Idol”. She joined fellow newcomer Steven Tyler of Aerosmith and holdover Randy Jackson.

2013 – In Scottsdale, AZ, the original Batmobile for the TV series “Batman” sold at auction for $4.6 million. It was the first of six Batmobiles produced for the show.

Tags: A Look Back, Celebrity Birthdays, Days of the Year, January 19, Today in History